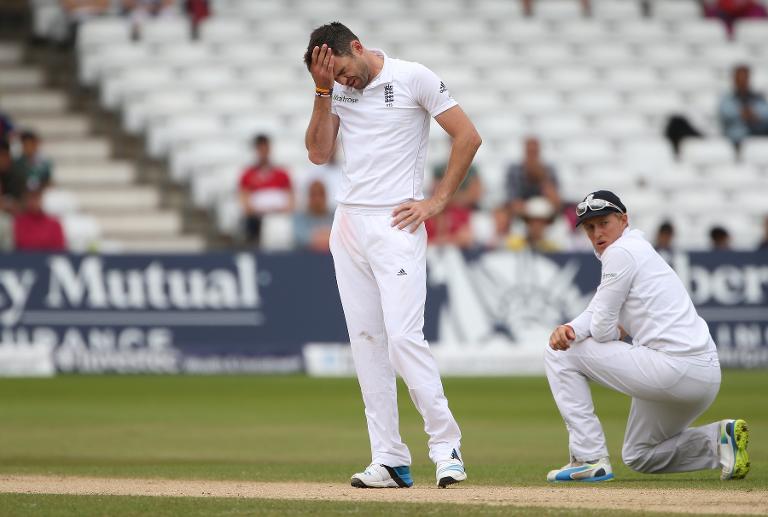 England seamer James Anderson has been charged by the International Cricket Council over an alleged confrontation with India’s Ravindra Jadeja during the drawn first Test at Nottingham’s Trent Bridge last week, it was announced Tuesday.

The ICC said Anderson was charged with allegedly “abusing and pushing” Jadeja after they left the field for lunch on Thursday’s second day when the Indian was batting.

Their statement added that Anderson faced a Level Three charge under the ICC’s code of conduct.

Players found guilty of a Level Three offence can be banned for between two to four Tests or four to eight one-day internationals for a first offence.

The ICC said a disciplinary hearing under a judicial commissioner would be held “as soon as reasonably practicable”.

However, Anderson is unlikely to miss either the second Test at Lord’s, which starts on Thursday, or indeed the third of the five-match series in Southampton because any hearing will probably not take place before then.

The England and Wales Cricket Board pre-empted the ICC’s statement with one of their own shortly before the charges against Anderson were confirmed.

ECB chiefs insisted the incident under review was “minor” and that Anderson had their full backing.

They also said they would lay charges of their own against Jadeja were the ICC to take, as they now have, the case against England’s spearhead seamer further.

“The England and Wales Cricket Board (ECB) has today (Tuesday) reacted with surprise that the India team has made allegations against James Anderson under Level 3 of the ICC Code of Conduct for a minor incident involving Ravindra Jadeja during the first Investec Test match at Trent Bridge.

“In the light of this the ECB has notified the ICC of its intention to lodge code of conduct breaches against Jadeja.

“James Anderson categorically denies the accusations made against him and the ECB have pledged their total support for the player should he be charged by the ICC.”

When the alleged incident is said to have taken place, Jadeja and India captain Mahendra Singh Dhoni were involved in a sixth-wicket first innings stand.

Under the ICC code, Level three offences include “threat of assault on another player” and behaviour deemed “contrary to the spirit of the game … or (which) brings the game into disrepute”.

The allegations concerning Anderson were reported to the ICC by India team manager Sunil Dev.

In the ICC’s statement, the global governing body said: “Anderson has been charged for allegedly abusing and pushing Ravindra Jadeja immediately after they left the field for lunch on Thursday.

“It is alleged that this was a continuation of a verbal altercation between Anderson and Jadeja as they were walking from the field.”