Home World US hosts talks to save oceans under siege 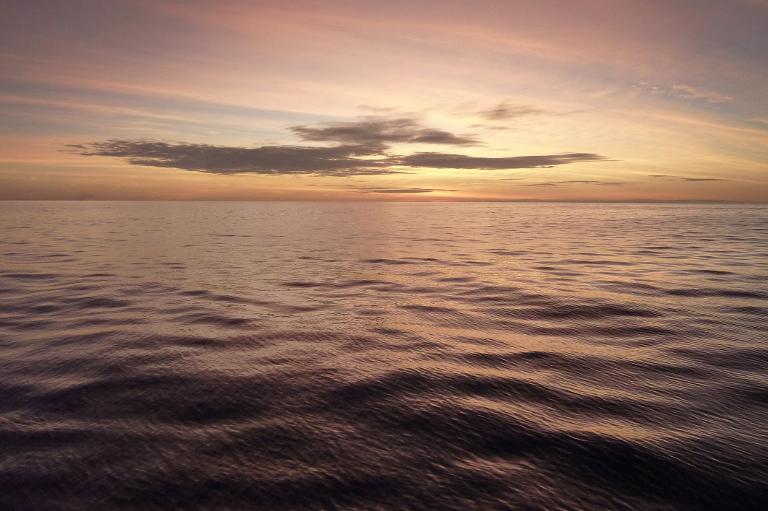 US Secretary of State John Kerry launches an unprecedented global effort Monday to save the world’s oceans under siege from overfishing, climate change and pollution.

Heads of government and state as well as ministers from some 80 countries will gather with researchers and experts from the fishing, plastics and farming industries for the two-day conference aiming to find ways to protect the planet’s seas and marine life.

“The oceans are a passion of mine and always have been, from the time I was three years old and dipped my toes into Buzzard’s Bay,” Kerry said, recalling his childhood on the wild, sweeping beaches of Massachusetts.

The ocean, which covers some 72 percent of the planet’s surface, “is the essential ingredient of life itself on Earth,” the top US diplomat told a handful of reporters, adding that the seas are increasingly under threat.

“The world’s oceans, as vast as they are, as much as they elicit a sense of awe… they are under siege,” Kerry warned, highlighting the dangers of overfishing, acidification caused by rising global temperatures and pollution.

The health of the oceans and their unique ecosystems has dramatically worsened in the 70 years since Kerry jumped the Atlantic waves as a child, conservationists say.

Today, one in five fish, or some 26 million tonnes a year, are illegally caught, one of the factors pushing many species to the edge of extinction.

Some 96 percent of the world’s Pacific bluefin tuna stock, for example, is believed to have been depleted.

Vast areas known as “dead zones,” caused by excessive pollution that has sapped the oxygen levels in the water, are devoid of life.

And family trips to the beach are enough to confirm that plastic and debris are sullying once pristine coastal waters.

Kerry and his top environmental staff hope the meeting will act as a catalyst to push governments to use tools already at their disposal to begin to clean up our seas and preserve marine life for future generations.

“There is a critical need to forge a consensus on behalf of the world’s nations regarding the value of oceans to people, and the threats we face as a global society if we let the earthâ€™s marine systems fall apart,” Pew Charitable Trusts executive vice president Joshua Reichert told AFP.

Environmentalists are hoping to see the US set an example and take some concrete action, such as vastly extending marine parks within American waters.

They have already identified three areas — the remote northwestern Hawaiian islands, the Marianas and the Pacific atolls — where existing marine parks, some of which date back to the turn of the 20th century, could be vastly expanded.

US officials anticipate that the conference, hosted at the State Department, will make announcements on establishing more marine protected areas, as well as rally around a push to promote sustainable fishing and set specific targets for reducing nutrient run-off from the farming industry.

There are also plans to get the plastics industry to help reduce the amount of waste sloshing around in the oceans, posing a direct threat to marine life that often confuses bottles and bags for food or nesting areas.

Experts will push as well for mandatory identification numbers on all large fishing vessels, to aid the crackdown on “pirate fishers.”

And they have called for the US to encourage other nations to sign up to a new international treaty, the Port State Measures Agreement, which will give ports greater powers to inspect vessels believed to have been fishing illegally.

“We’ve reached a point where the science is good enough to tell us that we have problems that are urgent and that must be addressed in the coming years,” said Pew’s Reichert.

“Unless there is sufficient political will to tackle these problems, there is virtually no doubt they will get worse and the consequences of that for human society are going to be profound.”