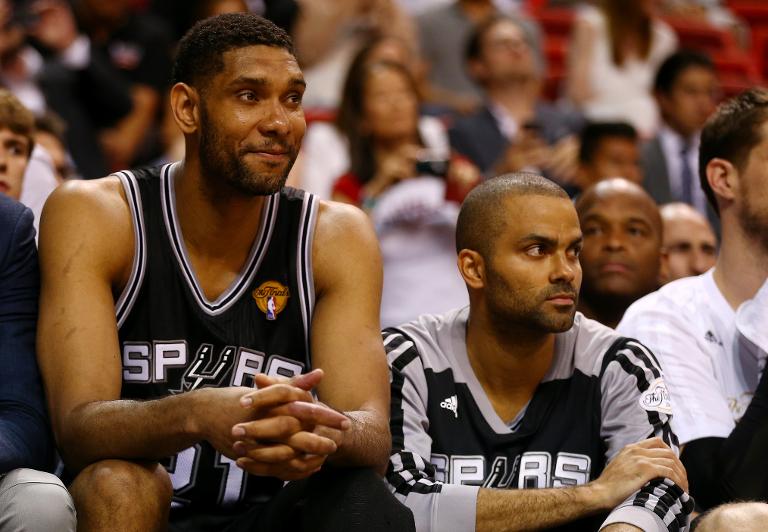 With their fifth championship in sight, the San Antonio Spurs don’t plan to let up for even a second in game five of the NBA finals against Miami on Sunday.

Their bruised egos simply won’t let the Spurs forget last season’s loss to the Heat in seven games — especially the final 28 seconds of game six when they had the lead and then let it slip away.

“We just have to think about last year,” guard Tony Parker said of the Spurs who led the series 3-2 before dropping the final two games. “We don’t need any more motivation than that.”

The Spurs took command of this series in spectacular fashion with two blowout wins over the Heat in Miami to go up 3-1.

That set the stage for Sunday’s game five at the AT&T Center where San Antonio is hoping to avenge last year’s heartbreaking defeat.

“We go back to last year and we learn from that,” said San Antonio star Tim Duncan.

“We’re 30 seconds away. We feel that we have it in the bag and it slips out of our fingers.

“So I think we learn from that, and we draw on that, and we say, ‘It’s not over till it’s over.’ Our goal right now is to just win one more game.”

The Heat are seeking to become the first team in NBA finals history to rally from a 3-1 deficit and win a title.

“History is made to be broken, and why not me be a part of it? That would be great,” said Miami superstar LeBron James.

“That would be a great story line, right? But we’ll see what happens. I’ve got to live in the moment, though, before we even get to that point.”

A win Sunday would give the Spurs’ Big Three of Duncan, Manu Ginobili and Parker their fourth championship together since they were assembled for the 2002-03 season.

They became the winningest trio in post-season history in these playoffs and now have 116 playoffs victories.

Their leader, through all the ups and downs, has been Duncan, who would become the first player in league history to win championships 15 seasons apart with the same team.

This year the Spurs finished with a NBA best 62-20 record, extending their streak of winning at least 50 games to a record 15 straight seasons.

“Whatever success anyone has is due to a lot of factors,” said Spurs coach Gregg Popovich on Saturday. “Some of it is not even your doing. Sometimes things just happen. So success is a pretty complicated thing.”

Duncan says having the best record or being the top seed doesn’t mean anything at this time of the season. He expects two-time defending champion Miami to come out fighting for their playoff lives on Sunday.

“They’re going to come out and give us their best punch possible,” he said. “We know that they’re back-to-back champs and they’ve been in this situation before and they have all the confidence in the world that they can win these games.”