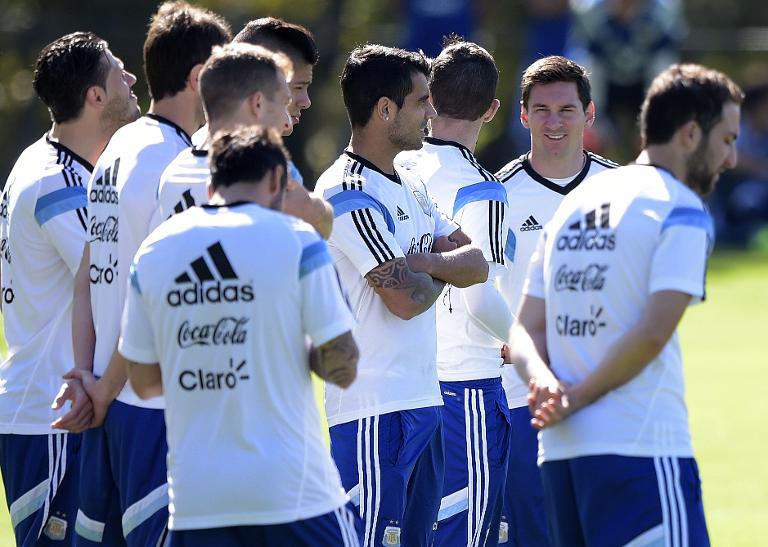 Lionel Messi will be attempting to cement his legacy as an all-time great when Argentina tackle Bosnia-Hercegovina in their World Cup Group F opener in Rio de Janeiro on Sunday.

Trophies, plaudits and individual honours have rained down upon the record-shredding 26-year-old Barcelona sensation over the past few years, but a signature showing at a major international tournament still eludes him.

Although he was a member of the Argentina team that claimed Olympic gold in Beijing in 2008, success in the World Cup and the Copa America has proved harder to come by.

A four-time Ballon d’Or-winner and three-time European champion with Barcelona, Messi’s devastating ability cannot be questioned, but without success with Argentina, there will always be an asterisk against his achievements.

But while his previous World Cup experiences in 2006 and 2010 proved unfulfilling, there is a feeling that 2014 should be Messi’s time.

As an 18-year-old in 2006, he scored once off the bench against Serbia and Montenegro, while in 2010 Diego Maradona’s tactics left him overburdened as the sole creative force in an unbalanced 4-1-3-2 formation.

Now, though, he has been given everything he needs to succeed, with coach Alejandro Sabella carefully crafting his team to put Messi in an optimal position to thrive.

Having abandoned attempts to recreate Barcelona’s system, Sabella now asks Messi to line up on the right side of an extravagantly gifted three-man frontline, usually alongside Gonzalo Higuain and Sergio Aguero.

With Real Madrid’s Angel di Maria, man of the match in the Champions League final, also darting forward from midfield, it ensures that Messi is not the sole focus of opposition defenders’ attentions, but he rejects any notion that Argentina are a one-man team.

“I don’t think the Argentina national team depends on me — far from it,” he told FourFourTwo magazine recently.

“We’ve got a great group of players who can perform to their best and lift the trophy, which is our fundamental objective.”

Napoli striker Higuain is a doubt for Sunday’s match at the Maracana with an ankle injury, but Argentina’s strength in depth in attacking areas is such that Paris Saint-Germain’s Ezequiel Lavezzi is on hand to deputise.

Sabella’s defence is nowhere near as star-studded, but Benfica centre-back Ezequiel Garay says that the team retains a solid footing nonetheless.

“It’s not a weak defence,” Garay asserted this week. “The defence and midfield will have to be compact to do the dirty work together.”

Despite the obvious threat posed by Messi, Bosnia coach Safet Susic’s preference for a zonal marking system means that the Argentina captain will not be man-marked.

“It is a dilemma for me, but to sacrifice a player just to man-mark Messi, I don’t think it would be good for us,” Susic told the FIFA website.

“I don’t think we have ever played a match having dedicated a player to man-mark a specific opponent, and it’s going to be the same (against Argentina).”

Bosnia are the only tournament debutants in Brazil and will become the 77th nation to take part in the sport’s most prestigious competition.

While they lack major tournament knowhow, they impressed in European qualifying and with 30 goals they were the fourth-highest scorers in the UEFA zone behind Germany, the Netherlands and England.

Ever-presents in qualifying, Edin Dzeko and Vedad Ibisevic will spearhead Susic’s attack at the tournament, where the Balkan nation will also come up against Iran and Nigeria.

Dzeko is expected to face Argentina despite missing a warm-up watch against Santos Under-21s and will be eager to replicate the season-ending form that saw him score nine goals in 11 matches as Manchester City pipped Liverpool to the Premier League title.