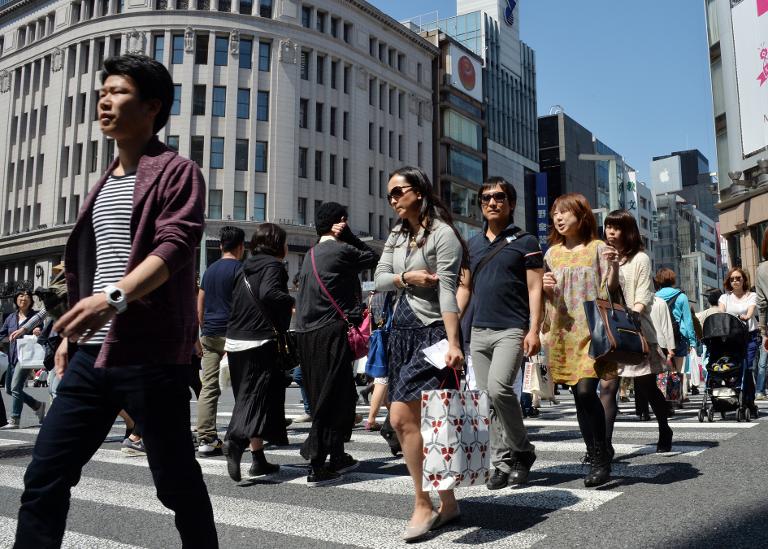 Japan’s government is readying to unfetter its huge public pension fund, freeing managers to dump low-yield sovereign bonds and go in search of higher, but riskier returns, in a move that could see cash flood global markets.

The nation’s pension programme, into which almost all citizens pay, is supported by the world’s largest investment fund, worth a staggering $1.26 trillion — equivalent to one-quarter of the country’s entire economy.

It towers over its nearest competitor — the $700 billion belonging to Norway — and is multiples of the $173 billion holdings of Temasek, the Singaporean sovereign wealth fund.

But, unlike some other more adventurous vehicles, the Government Pension Investment Fund (GPIF) keeps by far the majority of its cash in super-safe — and super low return — Japanese government bonds.

Now all that could be about to change, as Prime Minister Shinzo Abe shuffles into place the next piece of his “Abenomics” jigsaw puzzle.

The bid to shake up Japan’s slumbering economy after two decades of drift began in early 2013 with a huge public spending bonanza and unprecedented monetary easing from the Bank of Japan.

But, 18 months down the line, the initial sugar rush is fading, and Abe must now put in place some of the structural reforms he — and most economists — say are necessary.

Not least of which is getting more bang for the buck on the public pension fund to help a shrinking number of workers pay for a growing number of retirees.

About half of Japan’s social security budget goes on pensions, a figure equal to around 12 percent of the entire economy. Bolstering the performance of the reserve fund would take pressure off the public purse.

The knock-on effect, say analysts, could be huge.

“Moving just one percent of the fund onto stock markets — there goes more than one trillion yen ($9.8 billion) right there,” said Tsuyoshi Ueno, a senior economist at NLI Research Institute.

If, as some observers expect, GPIF increases the share of assets in domestic stocks by five percentage points, that would inundate the Tokyo bourses with about six trillion yen — half the total value of all foreign investment in the markets, Ueno told AFP.

The fund currently holds 60 percent of its assets in domestic bonds, with 12 percent each in foreign and domestic stocks and 11 percent in foreign bonds, according to its website. Holdings also include cash and other assets.

Yasuhiro Yonezawa, head of the fund’s investment committee, told the Wall Street Journal last week that domestic bonds could, in future, account for just 40 percent, with the difference made up by extra foreign bonds and by stocks, both at home and abroad.

Cynics suggest that a prime minister in search of a feelgood factor could do a lot worse than chuck bundles of cash at the stock market — the extra demand will ratchet up prices.

And the trickle down of all that money floating around would be a shot in the arm for the inflation that Japan so badly needs — a cause to whose mast Abe has firmly nailed his colours.

A further boon: selling off government bonds — probably to the Bank of Japan — and spending the proceeds in foreign markets would push the yen down, helping exporters and nudging up import costs, and therefore inflation.

It is perhaps these very-forseeable accusations that may give managers pause; the Japanese public is generally conservative and will be particularly sensitive to the idea of anyone playing fast and loose with their pensions.

“It is not clear who would take the responsibility for the possible risk incurred by more aggressive operation,” said Ueno of NLI, adding the mooted 20 percent rebalancing was far from certain.

Still, he said, traders appeared to be buying into the idea that there will be at least some breaking of the levy to allow GPIF cash onto the stock market, sending prices northwards.

In fact, “they are more sensitive about news on GPIF than any news of Abe’s growth strategy itself”.