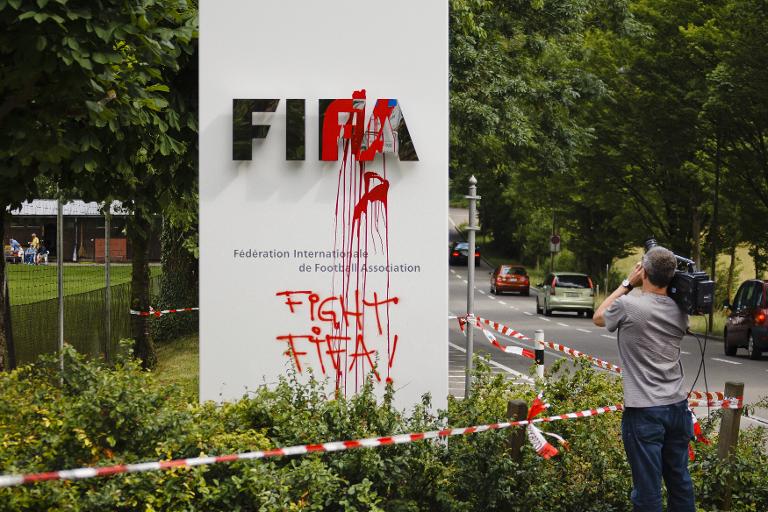 A security briefing ordered by FIFA less than a month before it awarded Qatar the 2022 World Cup found the Gulf state was a “high risk” target for terror attacks during the tournament, the Sunday Times reported.

The British newspaper accused members of football’s world governing body of having “ignored its own terror alert” in choosing Qatar in a secret ballot in December 2010, in a third week of revelations raising questions about the decision.

The security review of bid countries, ordered by FIFA Secretary General Jerome Valcke in mid-November 2010, reportedly found that Qatar would find it “very difficult to deal with a major incident” during the World Cup.

It was written by Andre Pruis, the South African police chief in charge of security at the 2010 World Cup and FIFA’s security consultant for the current tournament in Brazil.

In documents obtained by the newspaper, Pruis acknowledged he only had time for a “very limited threat assessment”, based largely on US anti-terrorism information.

“The terrorism threat against Qatar relates to its location — its proximity to countries with inter alia (among other issues) an al-Qaeda presence,” the briefing said.

But Pruis identified several large infrastructure projects as potential targets, and warned that the proximity of key venues to each other presented problems of overlapping security zones, of crowd control and traffic.

“In view of the risks related to the centralised approach, Qatar is allocated a risk rating of high,” he said.

“I am of the view that it would be very difficult to deal with a major incident in such an environment without having to cancel the event.”

The Sunday Times has alleged that former Qatari football boss Mohamed Bin Hammam paid more than $5 million (3.7m euros) to gain support for the emirate ahead of the bid vote.

In this week’s edition, the newspaper detailed the alleged support given to Bin Hammam afterwards by the chief executive of the Qatari bid, Hassan al-Thawadi, in his failed campaign to replace Sepp Blatter as FIFA president.

Qatar has strongly denied allegations of corruption, and in a new statement on Saturday called the reports “baseless and riddled with innuendo”.

The Sunday Times also raised questions about the behaviour of a FIFA investigator charged with looking into rumours of a voting pact between Qatar and Spain-Portugal, which unsuccessfully bid for the 2018 World Cup.

Head of security Chris Eaton left FIFA in 2012 to become director of integrity at a new multimillion-dollar International Centre for Sport Security in Doha.

His lawyers told the newspaper that there had been “nothing improper whatsoever” about the appointment and said Eaton’s reasons for leaving FIFA were “entirely unconnected to Qatar”.