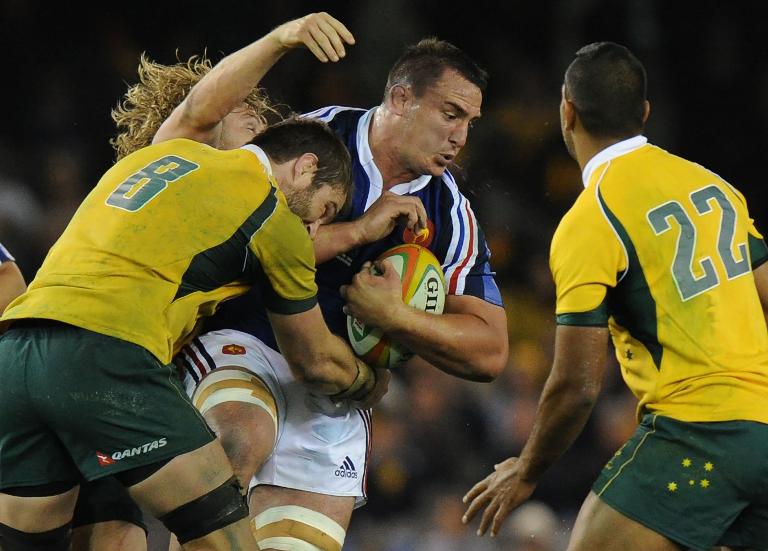 The Wallabies eked out a 6-0 win in a try-less struggle over France to claim the series in the second Melbourne Test on Saturday.

Bernard Foley and Nic White kicked penalty goals which ultimately proved decisive in a grimly-fought second half to break a 0-0 half-time stalemate.

It was the first time the French have been held scoreless in Tests against Australia since 1928 while they are still searching for the first win down under in 24 years ahead of next week’s final Test in Sydney.

The Melbourne match reached no great heights as Australia played for field position with kicks in the second half to capitalise on French mistakes inside their own territory to claim victory.

But it was a much more committed effort from France, who made 10 changes after losing the opening Test 50-23 in Brisbane last weekend.

“Regardless of what gets written, we showed great character and grit and in the end we toughed out a game that was complicated tactically and we won it,” Wallabies coach Ewen McKenzie said.

“At least we are showing week to week that we can find ways to win.”

Dreadful handling cost Les Bleus their chance of winning their first match in Australia since current coach Philippe Saint-Andre was a French winger back in 1990 as they frittered away the limited possession they had in a second half of few thrills before a half-empty stadium.

“At least tonight we matched Australia and we weren’t a sparring partner, but at halftime we should have been seven or ten points in front,” Saint-Andre said.

“We had the opportunity to score a try, we missed two penalties and it was 0-0 and Australia started the second half well and our discipline was a little bit poor.

“We need to carry on and look forward to the next game in Sydney next Saturday.”

France had the better chances in a scoreless opening 40 minutes and Wallabies’ fly-half Foley just beat full back Brice Dulin to ground the ball in a desperate chase after a kick in the opening minutes.

Dulin missed a penalty attempt from halfway after James Horwill was penalised in a ruck.

No.8 Ben McCalman had a try disallowed for the Wallabies via the video referee midway through the way when Matt Toomua was ruled to have made contact with Dulin in chasing his kick over the French try-line.

Scrum-half White missed Australia’s first shot at goal minutes after half-time and he had another penalty attempt minutes later which cannoned off an upright into Sekope Kepu’s hands but the French defence held firm.

Foley finally broke the deadlock with a penalty in the 53rd minute after No.8 Damien Chouly was ruled offside as Australia attacked inside France’s quarter.

White kicked the Wallabies six points clear with 15 minutes left after Antonie Burban was penalised as McKenzie brought on Kurtley Beale and Pat McCabe to liven up the attack.

English referee Wayne Barnes lost patience with the errant French and yellow-carded replacement forward Bernard Le Roux, leaving France a man down for much of the final 10 minutes.

But the Wallabies failed to finish off the French with the killer try despite their dominant possession and field position in the second half.