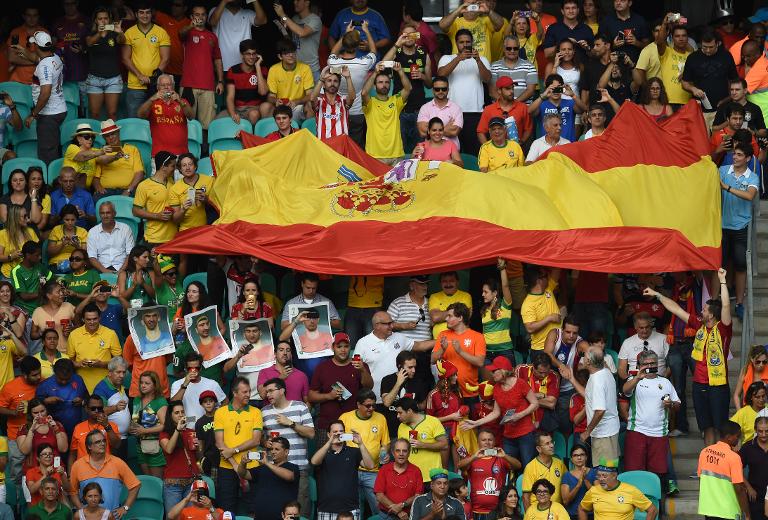 Brazil-born Diego Costa was booed by local fans in Salvador on Friday when his name was announced in Spain’s starting line-up for their opening World Cup clash against the Netherlands.

The 25-year-old striker was born in the town of Lagarto, 300km north of Salvador, and his switch of allegiance clearly did not impress Selecao fans amidst jeered at the Arena Fonte Nova.

Although he made two friendly appearances for Brazil in 2013, Costa switched allegiances last October to play for Spain, where he has spent most of his career.

That sparked fears that he would come under fire from his compatriots when returning to Brazil to play for Spain at the World Cup.

But the 25-year-old Atletico Madrid forward, widely tipped to be on the brink of a move to Chelsea, had claimed his reception since arriving in Brazil with ‘La Roja’ could not have been better.

“Many people in Brazil understand what went on. Things are going well for me,” he said on Tuesday.