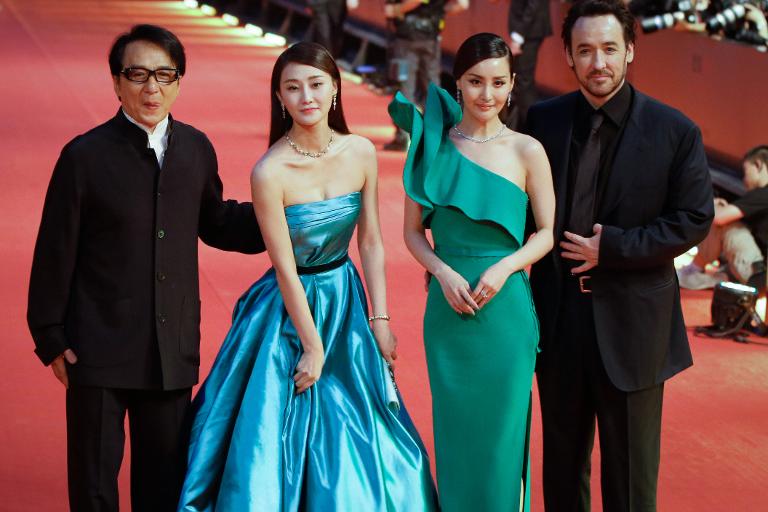 Shanghai on Saturday kicked off its annual film festival, a nine-day event with a heavy emphasis on Chinese cinema and a sprinkling of Hollywood stars promoting their latest works.

The Shanghai International Film Festival dates to 1993, but a similar event in political capital Beijing has stolen some of the spotlight though it has only been running for four years, industry officials say.

“China’s film centre is Beijing,” said movie critic Raymond Zhou, but he added: “The Shanghai film festival has nurtured a loyal audience, who are all movie enthusiasts. Every year, there are many classic movies screened.”

At the opening ceremony, actress Nicole Kidman who is promoting “Grace of Monaco” at the festival, received an award for outstanding contribution to film.

“I like Chinese women. I like that they’re strong and they have a very good sense of humour,” she said, answering a question about Chinese culture.

“That’s my dream, one day to play a Chinese woman,” she said with a laugh.

Before the opening ceremony, foreign and Asian movie stars and directors strolled on the red carpet in muggy heat.

Actor Hugh Grant, whose movie “The Rewrite” will show at the festival, received a brief lesson in Shanghai dialect from a host, repeating “I love Shanghai” to the screams of fans.

Shanghai has tapped the grande dame of Chinese cinema, actress Gong Li, to head the jury for its flagship award, an honour usually given to a foreign director.

Festival organisers picked a Chinese movie, the 1965 production “Stage Sisters” about two Chinese opera artists, as the opening film while a major tribute will celebrate China’s “5th Generation” of filmmakers from the 1980s, including director Zhang Yimou.

It praised Chinese art-house production “Black Coal, Thin Ice”, which won the “Golden Bear” for best film at the Berlin International Film Festival in February. The gritty thriller about a ex-policeman will be screened at the Shanghai festival.

China was the world’s second largest box office at $3.6 billion last year, behind only North America, according to the Motion Picture Association of America.