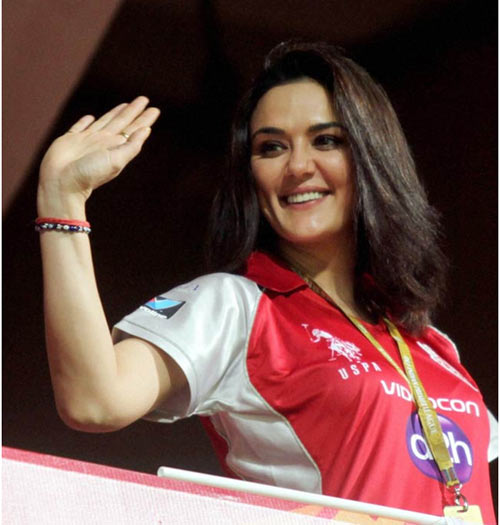 Mumbai:Â Actress Preity Zinta has filed a molestation case against her ex-boyfriend Ness Wadia. The actress filed the complaint on Friday and the police has registered a case under Section 354 of the IPC.

No arrests have been made so far according to the police. Ness and Preity are the co-owners of the IPL team Kings XI Punjab.

Preity has alleged that she was molested by Ness inside the Wankhede stadium on May 30, police sources at Marine Drive Police station said. On May 30, an IPL match between Kings XI Punjab and Chennai Super Kings was played in Wankhede stadium. She gave a written complaint following which an FIR was registered against Wadia under IPC sections 354 (Assault or criminal force to woman with intent to outrage her modesty), 504 (Intentional insult with intent to provoke breach of the peace), 506 (Punishment for criminal intimidation) and 509 (Word, gesture or act intended to insult the modesty of a woman), police sources added.

The actress and the Bombay Dyeing heir had started dating in 2005. They had separated in 2009.