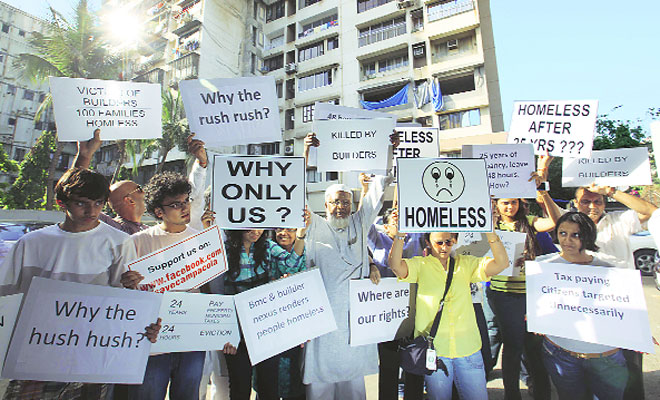 Mumbai: It seems the declaration of the date for demolition of the illegal floors of the Campa Cola society has provided a podium for the politicians to come forward and make a positive image among the people of the city.

However, the civic body is yet to send residents evacuation notices under Section 488 of the Mumbai Municipal Corporation Act, even though less than a week is left for the demolition. At the same time, many political personalities and their supporters are preparing to show their support for the residentsâ€™ cause and try to prevent BMC from demolishing the unauthorised flats.

Ramdas Athawale, chief of the Republican Party of India (Athawale), visited the society on Friday and assured residents, â€œI will talk to the Mayor, CM, and municipal commissioner to find a solution to the matter.â€ In the worst case, Athawale told residents he would send â€œ200 of his party workers to act as a barrier against BMC to prevent the razing of their homes.â€

After the support shown by Lata Mangeshkar and Raj Thackeray, BJP MP Gopal Shetty, had also reached out to residents.

In response to the political interference, Mohan Adtani, additional Municipal Commissioner and in-charge of the Campa Cola demolition, said, â€œWe will have to check with the legal team on what we can do if politicians protest during the demolition. We will be executing the Supreme Courtâ€™s order with the appropriate help of police as well.â€Â