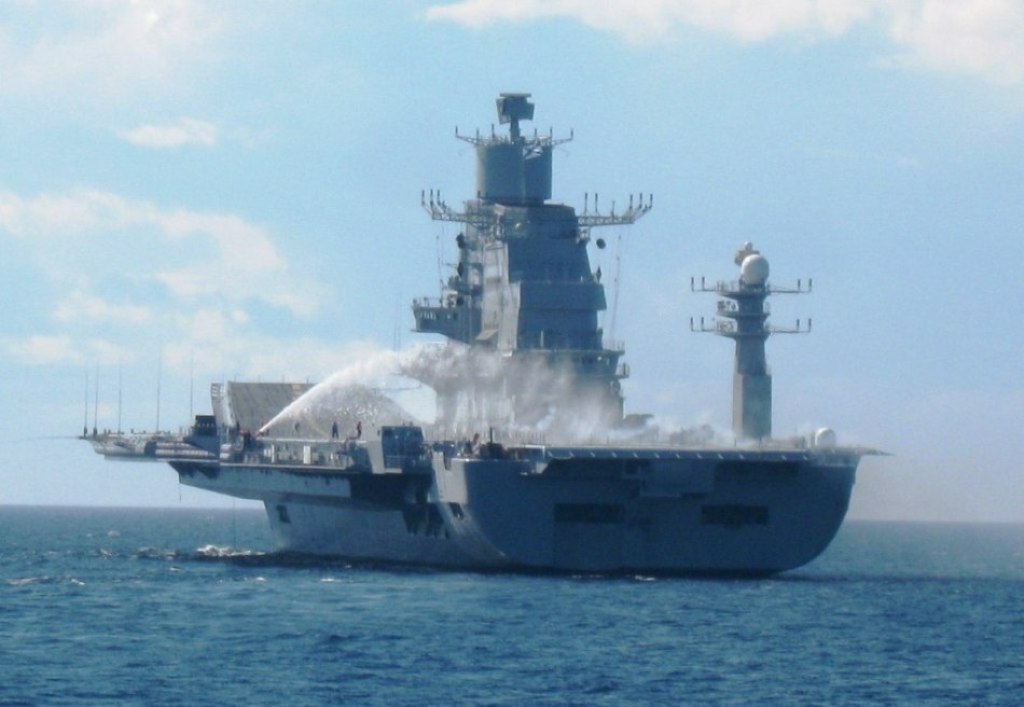 The Prime Minister â€“ in his first trip outside the capital after taking office â€“ will be received at INS Hansa (naval air station in Goa) by Navy ChiefÂ Admiral R K Dhowan. After a ceremonial guard of honour, he will fly out to the 44,500-tonne aircraft carrier sailing off the Goa coast in the Arabian Sea along with other ships of the Western Naval fleet including the other aircraft carrier INS Viraat.Â

The PM will also witness take-off and arrestor wire landing operations and high-speed low-level operations of MiG 29K integral fighters on board the flight deck of INS Vikramaditya.

INS Vikramaditya, procured from Russia, is one of the newest acquisitions of the Indian Navy and the most powerful symbol of its military reach. It was commissioned last November by then defence minister A K Antony at Russia’s Sevmash shipyard.

INS Vikramaditya has an overall length of 284 metres and a beam of 60 metres, stretching as much as three football fields put together. Standing about 20 storeys tall from keel to the highest point, the vessel has 22 decks.

With over 1,600 personnel on board, Vikramaditya is literally a floating city. Linked to the personnel on board is mammoth logistics requirement – nearly 100,000 eggs, 20,000 litres of milk and 16 tonnes of rice, to name just a few, per month.

The warship has the ability to carry 30 aircraft, including an assortment of MiG 29K/Sea Harrier, Kamov 31, Kamov 28, Sea King, and Dhruv and Chetak helicopters.