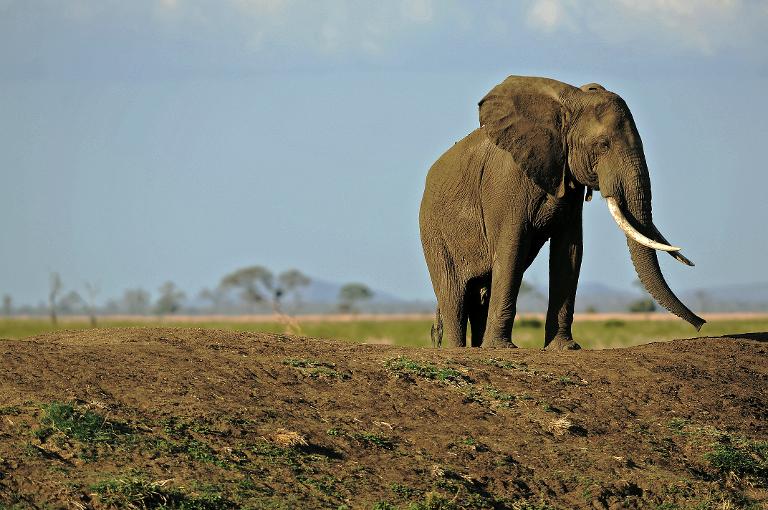 Entire elephant populations are dying out in many African countries due to poaching on a massive scale, wildlife regulator CITES warned Friday, while also hailing the continent for clamping down on ivory smuggling.

More than 20,000 African elephants were poached last year alone for their tusks, which rake in thousands of dollars a kilo in Asia, according to the Convention on International Trade in Endangered Species of Wild Fauna and Flora (CITES).

Organised crime syndicates and rebel militia looking for ways to fund insurgencies in Africa have become increasingly involved, eager to reap the benefits as demand in China for ivory to use in decorations and in traditional medicines has fuelled a multi-billion-dollar illicit trade.

The poaching crisis is the most acute in central Africa, where at least 60 percent of all elephants have been lost in the past decade, the organisation said.

“If the same trend continues, in the next 10 years, we may lose practically all of the elephants in central Africa,” CITES senior scientific officer Tom de Meulenaer warned.

And in western Africa, “only a few elephants are left,” he said, adding that elephants were now extinct in Senegal, just like Somalia and Sudan in the east of the continent.

The only viable population in West Africa was in the park that stretches between Togo, Benin, Burkina Faso and Niger.

While the number of elephants poached in Africa last year is staggering, it actually signals a levelling off after a decade of skyrocketing slaughter.

Although the numbers had come down some, Scanlon stressed that the 2013 level remained “dangerously high.”

“The levels of illegal killings are exceeding the natural birthrate, so overall the population of the African elephant is in decline,” he said.

At the beginning of the 20th century, there were some 10 million elephants roaming across Africa.

On a positive note, however, the world and several African countries in particular are clearly stepping up efforts to curb ivory smuggling.

Last year, a record 40,000 kilos of ivory were confiscated worldwide, and for the first time, more large seizures — of more than half a tonne — were made in Africa than in Asia.

“What is happening is that they are getting caught before they leave the continent,” Scanlon told AFP.

Eighty percent of the African seizures were made in three countries — Kenya, Tanzania and Uganda — which happen to figure among the eight nations ordered by CITES in March to create National Ivory Action Plans to tackle the problem.

The shift in where seizures are taking place is hugely significant, according to Ben Janse van Rensburg, a former South African police officer who heads CITES’ enforcement support unit.

“These large consignments up until now … managed to leave the African continent without being detected at all,” he told AFP.

“Now they are being detected, which actually shows that these countries have started to implement measures to combat this illegal trade.”

But the increasing size of the seizures, like the 2.1 tonnes confiscated in Togo in January or the 2.8 tonnes taken in Kenya last October, is of concern since it shows organised crime is more involved, Scanlon said.

“When you get these shipments in containers … this is not a mum and dad exercise,” he told AFP.

“You cannot shift that volume across multiple states without serious organised crime being involved.”

He said that ivory smuggling needed to be treated as a serious crime, calling for efforts similar to those used in stamping out the trafficking of drugs, arms and people to halt the poaching scourge.

He hailed recent moves in China and Hong Kong to destroy confiscated ivory as a way to help dry up demand.