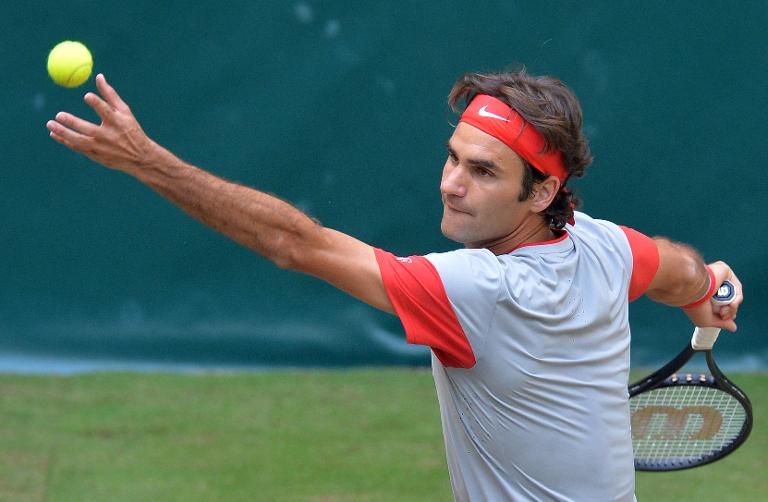 Federer, 32, is bidding for a boost ahead of his latest assault on Wimbledon where he has been champion on seven occasions.

“I’m very happy that things are going so well for me here this week,” said Federer, who after a first-round bye, beat Portugal’s Joao Sousa on Thursday and then had a walkover in the quarter-finals.

“I only played a few matches and I’m in the final now. I wasn’t sure whether it’s a good thing to get a walk-over in the quarter finals because I was really lacking matches on grass.”

After controlling the first set, Federer was pushed in the final tiebreak where the quality of his serve made the difference against Nishikori, who had beaten the Swiss in the Miami quarter-finals this season.

“Playing against somebody like Nishikori is a big test and I was lacking matches,” said Federer, after his 73 minute success gave him a ninth Halle final berth.

“I’m extremely happy with the way I played today. I think I played really aggressive, I served well when I had to and I was able to keep the pressure on Kei and at the end I think I deserved to win.

“I played a good tiebreaker as well to get back into it and now I’m in another final here at the Gerry Weber Open. I love this tournament. I’ve won it six times before. So I’m hoping to make it seven.”

But playing for his 79th title he will nevertheless have to be wary of his rival who has lost his six previous meetings with the Swiss.

“I mean I know Falla, played him on several occasions. Especially here on grass in Halle, at Wimbledon where I almost lost and then also at the Olympics it was a tough one,” said Federer.

“So, I’m cautious about the match coming up.

“It’s going to be a tough test for me tomorrow (Sunday) but clearly I’m the big favourite and I want to try to get that trophy tomorrow.

Brown had shocked world number one Rafael Nadal in straight sets in the second round.