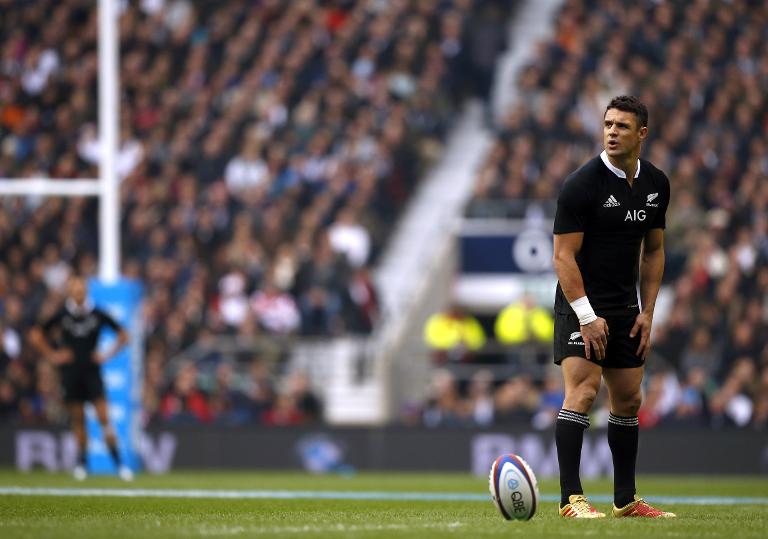 All Blacks ace Daniel Carter chose humble surroundings to launch his final attempt to win rugby’s greatest trophy — turning out Saturday for a minor club in a country village.

The fly-half ended a seven-month break since last appearing in the All Blacks 30-22 win over England at Twickenham last November by playing half a game for the Southbridge club where he started as a five-year-old.

“It is back to grassroots well and truly with the rain and wet weather,” Carter, 32, said of the decision to ease himself back into the “rhythm” of the game 15 months out from the 2015 World Cup in England.

For the record Southbridge, chosen from a township with a population of just 700, won 51-10 over Glenmark, another country team.

Carter contributed two conversions and set up two tries, and said he felt good with his 40-minute run.

“It was a lot of fun, and hopefully, I’ll be back next week for a bit more game-time,” he said.

“But there were a couple of moments there when I was catching my breath. Luckily, it wasn’t too open a game.”

It was the first time Carter had played on the ground since he was 17 and almost the entire village turned out to see their favourite son as well as about 2,000 spectators from Christchurch, 50 kilometres (30 miles) away.

Carter is arguably the most celebrated number 10 in the history of rugby.

He is the highest points scorer in Test matches, world player of the year in 2005 and 2012, winner of four Super Rugby titles with the Canterbury Crusaders and six Tri-Nations and Rugby Championships with the All Blacks.

But for all his accolades, and after three attempts, he has yet to take the field in a World Cup final.

He was in the All Blacks teams knocked out in the play-offs of the 2003 and 2007 World Cups and although he received a Cup winners’ medal in 2011 he never felt he earned it after being injured and out of the tournament in pool play.

He has been plagued by injuries since, playing in only 15 of the All Blacks’ last 32 Tests.

But when fit through 2012 and 2013, he was still the player the All Blacks selectors turned to as their backline general despite pressure from challengers Aaron Cruden and Beauden Barrett.