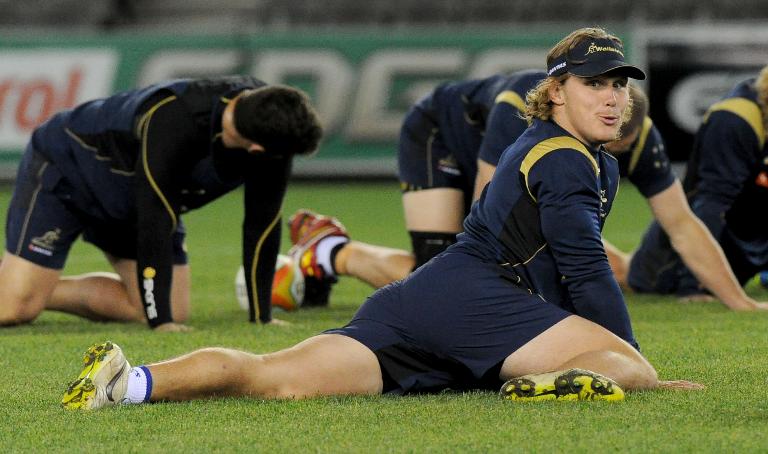 Rookie captain Michael Hooper said Friday the Wallabies were braced for a fiery French rebound in this weekend’s pivotal second Test in Melbourne.

Les Bleus have made 10 team changes in reaction to their 50-23 trouncing in Brisbane last week and Hooper said he was expecting a much different French performance on Saturday.

Hooper, at 22 the fourth-youngest player to skipper the Wallabies following the serious knee injury to Stephen Moore last week, will be lining up against inspirational French captain and rival openside flanker Thierry Dusautoir.

Dusautoir, who missed the Brisbane loss due to a bicep injury, will be playing only his sixth game this year.

“They’re one team who can have a shake up like that and still turn around and be a better team the next weekend,” Hooper told reporters.

“We’re aware of the challenge they bring and Dusautoir is obviously the leader of that forward pack and will be at the forefront and I’m sure bring a lot of passion.”

Hooper said France’s 8-7 loss in the 2011 World Cup final to the All Blacks in New Zealand showed what sort of influence Dusautoir has on his team.

“As a No.7, you want to play these guys and play the best in the world. He’s been at the helm for France for a few years now and is a really tough competitor.

“We’ve been preparing for that this week.”

The French have not won in Australia for 24 years, and Dusautoir is yet to savour victory against the Wallabies in three starts.

“The aim this week was above all to get over the loss. We have to get over the disappointment because shipping 50 points is tough mentally,” Dusautoir told a media conference.

“We have to say that there are two matches left to sort it out, not everyone has that chance.

“We have to take advantage of this and not see coming to play in Australia as a punishment.”

Dusautoir said his team wanted to redeem themselves and keep alive the three-Test series to next week’s final match in Sydney.

“Above all we want to show a different side. The Australians were at 100 percent of their potential but I don’t think we were,” he said of Brisbane.

“We made it easier for them in the build up to some of their tries.

“We want to leave the pitch and say we did the very best we can. The players are up for it and aware we have to play a big match.

“If we lose this weekend we will have lost the series, so the stakes are very high.

“Victory in the southern hemisphere would be exceptional for us. Beating the Australians in their backyard would be a victory to build on,” he said, adding it would give the team “hope for the rest of the ride”.

Coach Philippe Sainte-Andre said his team was “ashamed” about their losing performance in Brisbane.

“We were all ashamed. Going down by 27 points is never pleasant. There have been talks because that game left physical and mental scars,” he said.

“We have prepared ourselves for a big game, a big fight.

“Thierry (Dusautoir) will bring us an enormous amount of experience, stability and fighting spirit to the group.”