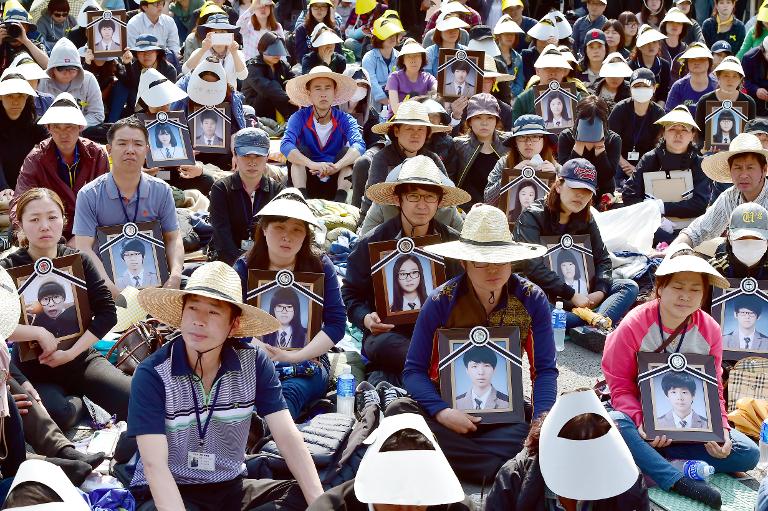 The mother of a student victim of South Korea’s ferry disaster has filed a test lawsuit seeking damages from the government and the vessel’s owners, a court spokesman said Friday.

It marks the first litigation move by any relatives of the nearly 300 people killed in the April 16 tragedy which rocked the entire country.

The suit filed with the Seoul Central District Court claims 30 million won ($30,000) in compensation from the government and the Chonghaejin Marine Co., which owned and operated the 6,825-tonne Sewol.

It was filed by the mother of an unidentified student from Danwon High School in Ansan City, south of Seoul.

Of the 476 people on board the 6,825-tonnes Sewol ferry when it capsized and sank, 325 were students from the Danwon school.

Citing results of initial investigations into the disaster, the suit said the ferry’s stability had been undermined by renovations, and water ballast had been reduced to dangerous levels to make room for more cargo.

“Chonghaejin Marine Co., owner of the Sewol ferry and employer of the crew, was neglectful in safety education and the state was very lax in the management of operation and licensing,” it said.

Although the initial claim was for 30 million won, the plaintiff said she could raise the amount to as much as 600 million as more information emerges from the ongoing investigation and trials of the Sewol crew.

As of Friday, the death toll from the disaster stood at 292, with 12 unaccounted for.