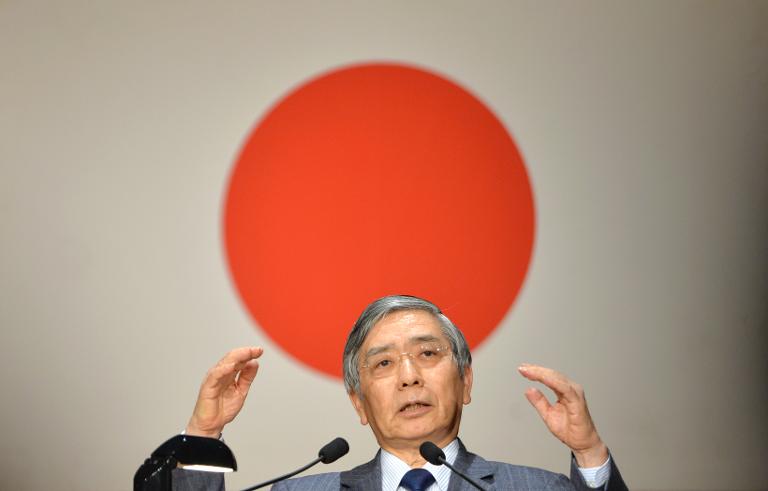 The Bank of Japan on Friday held off expanding its stimulus programme and said the world’s number three economy was recovering, despite fears a sales tax rise will dent growth.

Policymakers unanimously agreed to hold off any further measures after a two-day meeting. Investors are now awaiting a press briefing by BoJ governor Haruhiko Kuroda at about 3:30 pm local time (0630 GMT) for clues about future measures.

The yen barely moved after the widely expected decision, which comes as the US Federal Reserve winds down its own stimulus and just over a week after the European Central Bank launched unprecedented easing to counter the threat of deflation in the eurozone.

On forex markets the dollar bought 101.79 against 101.77 just before the announcement.

Japanese central bankers have held steady since launching a huge monetary easing blitz in April last year as they gauge the impact of a recent sales tax hike that has threatened to derail the country’s nascent recovery.

On Friday, the BoJ acknowledged that consumer demand and factory output had taken a hit after the April 1 tax hike, prior to which millions of shoppers went on a nationwide buying spree.

“Japan’s economy is expected to continue a moderate recovery as a trend, while it will be affected by the subsequent decline in demand following the front-loaded increase prior to the consumption tax hike,” the bank said in a statement.

Policymakers noted that overseas economies, particularly among major industrialised nations, were also recovering “albeit with a lacklustre performance still seen in part”.

The BoJ’s target of achieving 2.0 percent inflation by next year was also on course, it added.

The BoJ’s unprecedented easing has given the deflation-plagued economy a shot in the arm, but Kuroda has repeatedly said he is ready to add to the stimulus if necessary.

First quarter GDP growth was strong with a surprise jump in capital spending powering a 1.6 percent expansion between January and March, slightly better than an initial estimate of 1.5 percent.

It also marked the best quarterly advance since a 2.6 percent rebound several months after the 2011 quake-tsunami disaster.

Still, many think the BoJ will be forced to launch new measures later this year.

Second-quarter growth is expected to slow as the consumer buying spree ahead of the tax hike gives way to caution among ordinary Japanese who face higher prices and creeping inflation.

Marcel Thieliant of Capital Economics said the BoJ’s decision to hold steady was no surprise given upbeat first-quarter growth and signs that the levy hike’s impact may not be as bad as expected.

But “further monetary easing is still likely to be required, and we stick to our long-held view that an extension of (the programme) will be revealed at the late-October meeting”, he added.

Last month, the International Monetary Fund raised the prospect of a longer-than-expected timeline for the plan.

“The current aggressive pace of monetary easing may need to be maintained for an extended period,” the Washington-based Fund said in its annual review on Japan’s economy.

It added that the “BoJ should act quickly if actual or expected inflation stagnates or growth disappoints”.

The loose monetary policy is part of a drive by Prime Minister Shinzo Abe to defeat years of deflation and reinvigorate the economy, a plan that helped drive down the yen and boosted Japanese shares last year.