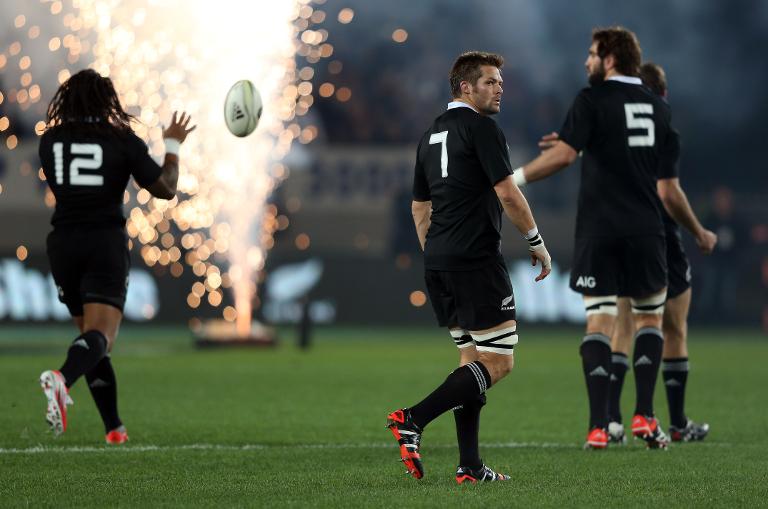 New Zealand and England have both gambled with selections for the second Test in Dunedin on Saturday, with the All Blacks loyal to their erratic first Test side and England ringing the changes.

All Blacks coach Steve Hansen, forced to make one injury change, has taken a punt that his first-choice line-up can improve.

He argued he had no choice but to give the side a shot at redemption after they scraped a narrow 20-15 win in the first Test with an error-strewn performance.

In a brutally frank assessment, he said if he dropped everyone who had a bad game “we wouldn’t have anyone on the park.”

In contrast, England coach Stuart Lancaster was armed with confidence when he named his side Thursday, dropping five players, shifting go-to ball carrier Manu Tuilagi from centre to wing, and stacking the bench with experience.

“The side we have gone for is certainly an exciting side, it’s one we have been wanting to look at for a while and it’s given us some great options,” he said.

The decision to move Tuilagi to the wing for the first time in his Test career gives England a powerful finisher on the flank, and sets up a dynamic clash with Julian Savea, who returns as the only change for the All Blacks.

The block-busting Savea, who has scored 19 tries in his 20 Tests, missed the first Test through injury, and earns his recall with Ben Smith switched from wing to fullback to replace the injured Israel Dagg.

The Tuilagi experiment, part of Lancaster’s early blueprint for next year’s World Cup, was immediately targeted by the All Blacks.

Hansen questioned whether the 23-year-old, Samoan-born powerhouse would have the energy for the additional running of a wing, and fly-half Aaron Cruden promised to “put a few kicks up” to test him early.

Handling errors, ineffectual tackling and a meek forward pack blighted the All Blacks performance in Auckland, and Hansen expects a vast improvement in Dunedin.

“Our skill sets were very poor (in Auckland), probably the poorest they’ve ever been. This week we’ve trained well. There’s a lot more intensity and purpose about what we’ve done,” he said.

But while Hansen qualified one reason why the All Blacks played poorly in Auckland as “a lack of preparation time”, a confident Lancaster rejigged his side with relish and expects them to perform.

Switching Tuilagi to the unfamiliar wing role allows the Six Nations pair Luther Burrell and Billy Twelvetrees to team up in the centres.

A fit again Danny Care starts at scrum-half, with Owen Farrell in the pivot position.

Lancaster has also taken into consideration how the All Blacks frequently win late in a game, as they did in Auckland with Conrad Smith’s try in the 77th minute, and has stacked his bench for a late England onslaught.

Experienced forwards Courtney Lawes, Billy Vunipola and Dylan Hartley, along with try-scoring wing Chris Ashton are all named in the reserves.

“One of the key things to consider is, we feel, that the game is going to take the full 80 to win and part of the selection has been the make-up of the bench,” Lancaster said.

“Particularly the likes of Dylan, Courtney and Billy Vunipola in that 50-60 minutes time bring a huge amount of energy from the bench and hopefully see us home.”