Home Sports All Blacks England to wing it in crucial Test 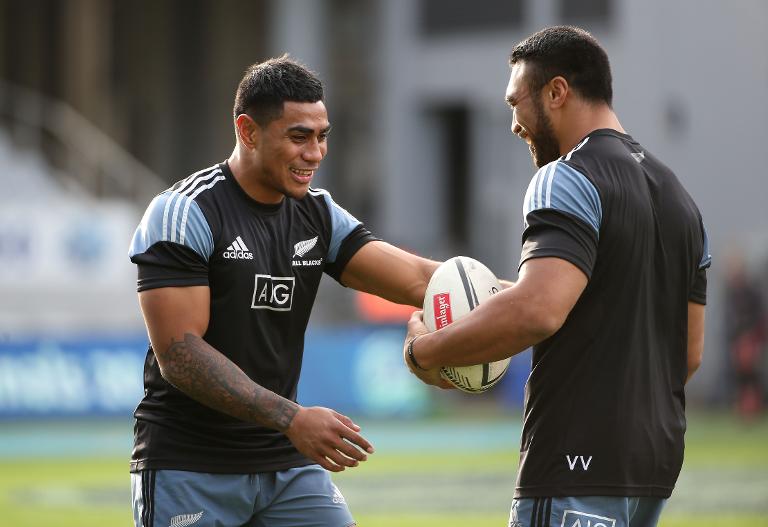 The clash of two behemoth wings shapes as the likely game breaker in Saturday’s crucial second Test between the All Blacks and England in Dunedin.

All Blacks try-scoring machine Julian Savea, at 107 kilos, lines up against England blockbuster, the 110-kilo Manu Tuilagi, as both sides look for a match-winning weapon.

“It will be a fascinating confrontation,” England coach Stuart Lancaster said of his gamble to move Tuilagi away from his usual centre position, giving him free rein to rampage down the flank.

Both sides talked of stepped-up intensity for a fast-paced game with weather not a factor under the roofed Forsyth Barr Stadium.

“Everyone realises that some of the inaccuracies we had last week, and the energy we had especially, in the first half, if we get that again we’re going to come second,” All Blacks captain Richie McCaw said.

A win to the All Blacks will wrap up the series after they escaped with a 20-15 victory in the first Test in Auckland while success for England will ensure the series goes to a decider in the third and final Test in Hamilton next weekend.

Lancaster and All Blacks coach Steve Hansen both paid respects to the rival wings who are now tasked with opening up the second Test.

“Savea is a huge attacking threat for them. If you look back at the game in November against us, his threat was clear because he scored two tries. He’s a key man for them,” Lancaster said.

Hansen rated Tuilagi, who regularly required two defenders to bring him down in Auckland, as a handful no matter where he plays.

“If he was a hooker he would be tough as he is such a good ball carrier. But at wing he will have to work and wing is a totally different position to centre,” the All Blacks mentor said.

The return of Savea from injury is the only change to the All Blacks with Hansen giving his first-pick side a second chance to prove themselves better than the stuttering performers on show in Auckland.

They have spent the week going back to basics, working on tightening cohesion in scrums and lineouts, having a backline that can hold and pass the ball with precision and across the board making tackles stick.

“We have gone away and worked hard on the areas to work on,” Hansen said.

“If that is good enough to win the game, then that is great. If it is not good enough, then we will have to go away and work harder again.”

England, heartened by the performance of an under-strength side last week, have kept faith with most of the forwards but have injected more experience into the backs to feed Tuilagi.

Danny Care and Owen Farrell shape up as more decisive halves while Billy Twelvetrees and Luther Burrell provide bulk and experience in the centres.

This puts pressure on Ma’a Nonu to sharpen his game after being subbed early in Auckland, leaving Lancaster to prepare Tuilagi to be ready for when the All Blacks bolster their midfield by injecting Savea into the plays.

“I’m sure there will be occasions when Manu and Julian come across each other. Both teams will use Manu or Savea off the wing. Savea will definitely pose a threat through the midfield, as will Manu,” he said.