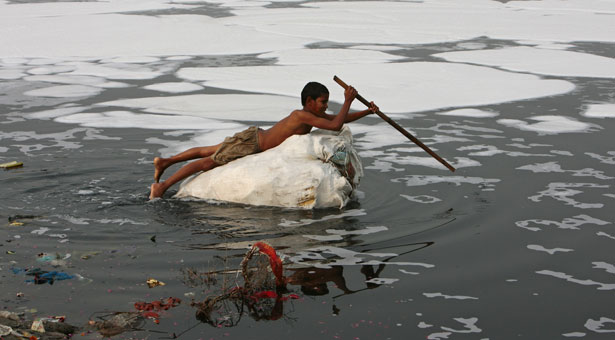 New Delhi: Sewage interceptor system, proposed by the Delhi government as the only solution to the Yamuna problem, is expected to be rolled by the year-end. The project involves laying of parallel conduits along the three main drains in Delhi and upgrading sewage treatment plants, which will be completed by 2015-end.

The Delhi Jal Board (DJB) would be trapping only about 75% of the city’s total sewage, after the project is completed, DJB CEO Vijay Kumar said. Â At present, the river is “dead”, and is no better than a large drain since it carries only sewage. Only during the monsoon, it witnesses fresh water.Â

The total dissolved solids will be reduced by 70-80% while the biochemical oxygen demand (BOD) will be down by 50-70%. Changes will be visible as early as the end of 2014 since interception of sewage flowing into the Najafgarh drain, the largest one in Delhi, would be completed then.Â

The interception network will cost close to Rs 2,000 crore and entire project would cost roughly Rs 6,000 crore.Â Thirteen drains emptying into the Bela Road and Ring Road trunk sewers will be intercepted.Â

However, experts at Centre for Science and Environment say interceptors will not help restore Yamuna to Class C bathing quality water.Â