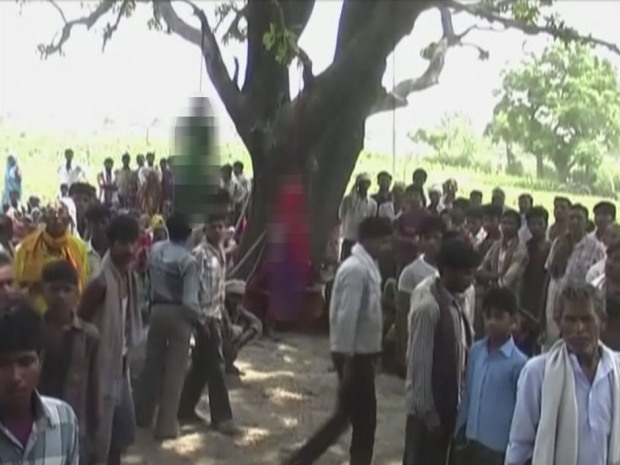 Moradabad:Â Days after the horror of the Badaun gang-rape, two more gruesome incidents have been reported in UP. While in Moradabad, a teen has been found hanging from a tree, four policemen including a Sub-Inspector allegedly raped a woman inside the police station in Hamirpur.

In Moradabad, the 16-year-old’s family alleges she was raped and murdered after she went missing on Wednesday evening. Only on Wednesday, the prime minister said in Parliament, “Respecting and protecting women should be priority of the 1.25 billion people in this country.â€

But on the same day, a 45-year-old woman was found hanged from a tree near the Nepal border in UP. Police have opened a murder investigation and await the findings of a post-mortem to determine whether the victim was raped before her death.

In Hamirpur, an FIR has been registered in the case. While the SI has been arrested, the others continue to remain at large. The incident comes on a day when a 45-year-old woman was allegedly raped and hanged from a tree in a Bahraich village.

Already, the Akhilesh Yadav government is under fire for the spate of rape incidents in the state.