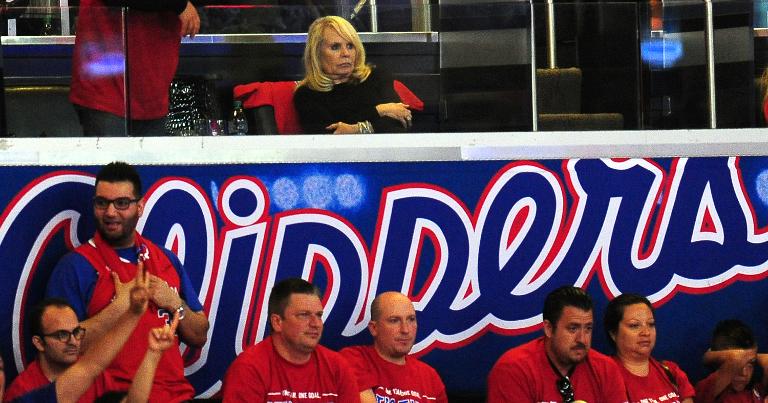 A probate petition by Mrs. Sterling’s attorneys wants the Los Angeles County Superior Court to affirm the record-value deal she struck with former Microsoft chief executive Steve Ballmer and prevent a “significant loss” to the family trust should her husband be able to block the sale.

She also wants an expedited hearing, claiming that if the deal is not done by September 15 the NBA would renew efforts to seize the team and sell it at auction, which would likely bring a much lower sale price.

She also claims her husband is unable to manage his own business affairs in papers filed with the court, the Times reported.

Donald Sterling’s racist remarks in a private conversion, recorded and made public in April by celebrity website TMZ, led NBA commissioner Adam Silver to ban him from the NBA for life and begin proceedings to have owners vote to strip him of the Clippers.

A vote was scheduled on the matter last week but called off after Donald Sterling empowered Shelly Sterling to make a deal and she struck an agreement with Ballmer.

Shelly Sterling’s filing called her husband’s stated plan for a legal fight with the NBA “costly and protracted with little likelihood of success.”

Silver says the matter is between the Sterlings, but has been unyielding in saying that the life ban on Donald Sterling would remain in place.

Shelly Sterling also submitted results of CT and PET scans of her husband to support her mental incompetence claims.

Psychiatrist Meril Platzer examined Sterling on May 19 and said in a letter 10 days later that he could not carry out his duties due to “an impairment of his level of attention, information processing, short-term memory impairment and ability to modulate mood (or) emotional lability and is at risk of making potentially serious errors of judgment.”

Dr. James Spar saw Donald Sterling on May 22 and wrote his “cognitive impairment” left him “at risk of making potentially serious errors of judgment, impulse control and recall in the management of his finances and his trust.”

Spar also said he was “substantially unable to manage his finances and resist fraud and undue influence and is no longer competent to act as trustee of his trust.”

NBA general counsel Richard Buchanan said the league, the Clippers and the Sterling trust faced “substantial harm” unless the sale to Ballmer was “promptly consummated.”

“Every day Mr. Sterling remains an owner of the Clippers causes additional damage to the team, the trust, and the NBA,” Buchanan said.

He cited low morale among some Clippers employees and threats to resign without a resolution to the matter soon.