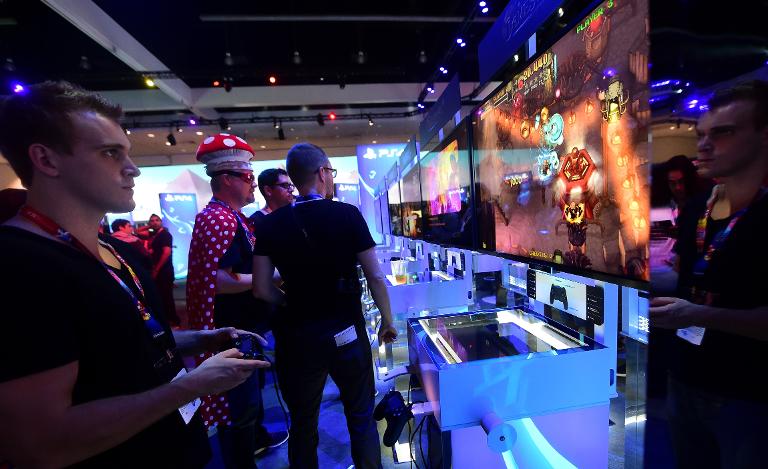 PS4 arrived at the major industry event a clear leader over Microsoft Xbox One and didn’t stumble.

Instead, the Sony team played off the early success of PS4 to unify offerings from the Japanese entertainment giant’s film, television, and music studios in a concerted push to dominate home entertainment in the Internet Age.

“This E3, given last year’s success, was like a rock band’s second album scenario,” Sony Computer Entertainment chief Andrew House quipped in an interview with AFP.

“There was an awful lot of pressure on us. I’ve been delighted with the variety of games and the feedback we’ve gotten.”

At E3 last year, ahead of the November debuts of the PS4 and Xbox One, Sony put games squarely in the spotlight to win devotion from hard-core players seen as crucial to getting new consoles into homes.

Sony this year again aimed at gamers with blockbuster titles and exclusive content for play, but added streaming offerings such as original television programming to the recipe.

“The PS4 is already a multi-functional entertainment device; it arrived fully baked as that,” House said.

“I don’t think that non-game content and game content need to be either oppositional or mutually exclusive; the key words are credible and relevent.”

While gamers clearly drive adoption of consoles, the reality is that more time is spent watching shows at services such as Netflix than playing.

The first PS TV original series, titled “Power” and based on a graphic novel of the same name, is in production and casting is under way, writer Brian Michael Bendis said at a Sony press briefing at E3.

The story revolves around two homicide detectives who specialize in investigating suspicious deaths of people with super powers.

“We ended up with super-heroes-meets-crime-noir; and I think it is going to be a really good bet for us.”

PS TV will synch with a Sony online store for digital content, provided they are members of the PlayStation Network.

Powers television series brought together the gaming and television sides of Sony, according to House.

He described the show as a first step, the merits of which would be measured by how well it prompts people to subscribe to PlayStation Network.

More than half of PS4 owners are already signed on the PlayStation Network, according to Sony.

PlayStation is keeping gamers foremost in mind while leveraging its place in the living room to also deliver music, movies, and television to folks at home.

While there was much chatter at E3 of PlayStation once again trumping Xbox One, House said is more concerned with having PS4 is in so many homes that makers of games and other content think of it as an essential platform to be on.

“So much of the dynamic is around momentum and the positive spiral it creates,” House said.

“The most encouraging fact for me on the PS4 is that for the first six or seven months is has actually out-performed the best selling console of all time; that is the PlayStation 2.”

He saw PlayStation TV as part of the next step in the evolution of the console, along with providing immersive, interactive experiences not possible elsewhere.