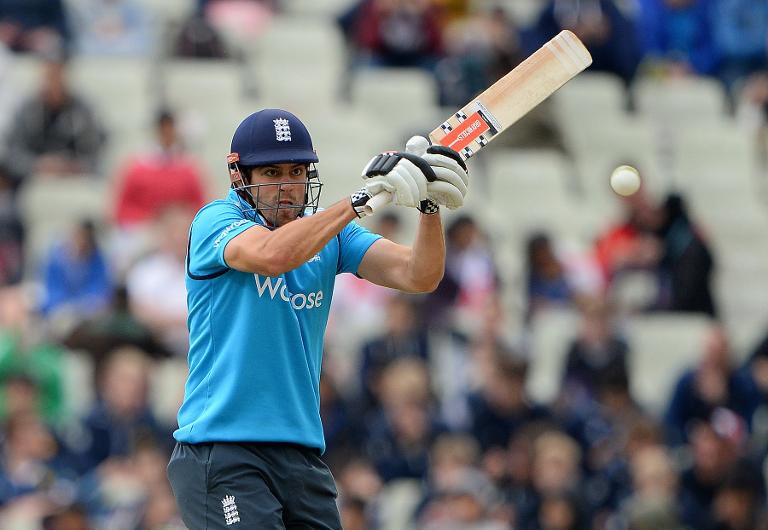 England will look to put the memory of their 5-0 Ashes drubbing in Australia behind them and prove there is Test life beyond Kevin Pietersen when they face Sri Lanka in the first of a two-match series at Lord’s on Thursday.

And with England still smarting from the run out, backing up, of Jos Buttler during Sri Lanka’s 3-2 series-clinching one-day win at Edgbaston, the Test campaign has been “spiced up” in the words of home captain Alastair Cook.

Six players who featured in England’s last Test, a crushing 281-run defeat by Australia aren’t in England’s 12 for Lord’s.

Star batsman Pietersen, whose international career was terminated by the England and Wales Cricket Board after the Ashes on account of his ‘distracted’ nature is the most high-profile absentee.

But he has been joined on the sidelines by opener Michael Carberry, wicketkeeper Jonny Bairstow, seamer Boyd Rankin, leg-spinner Scott Borthwick and Ben Stokes, although it was a lack of match fitness that lay behind the all-rounder’s omission.

England’s team could feature three debutants in Australia-born opener Sam Robson, who plays at Lord’s for Middlesex and all-rounder Chris Jordan and Moeen Ali, both of whom have played one-day internationals.

Meanwhile, fast bowler Liam Plunkett, whose ability to bowl at 90mph is something England hope will unsettle the tourists’ batsmen even on what is set to be a typically good Lord’s pitch, is in line for a recall seven years after his first Test.

For all England capitulated in Australia, in the last five years they have won 21 out of 33 home Tests, drawing eight and losing just four.

Sri Lanka have never won a Test series of more than one match in England.

It is a record veteran batsmen Kumar Sangakkara and Mahela Jayawardene would love to alter on what is set to be the duo’s last tour of Britain and their team may not have a better chance given the later than usual start to the series minimises the impact of ‘English’ conditions.

Sri Lanka will hope the likes of seamer Shamina Eranga and compact opener Kaushal Silva can shine in cricket’s most celebrated arena.

Thirteen Tests have now passed since England, who have recalled wicketkeeper/batsman Matt Prior despite his troublesome Achilles injury, managed the benchmark score of 400 in an innings.

Top-order batsmam Ian Bell, set to play his 99th Test at Lord’s, knows that statistic must change if England are to enjoy sustained success.

“You’re looking for the senior players to lead the way… We are the men who have been there and done it and scored the big hundreds, so it is time for us to do so again,” said Bell.

If they, or someone else in the revamped top order, doesn’t deliver then expect those England fans already perplexed by the ECB’s somewhat vague explanation for ditching Pietersen to wonder again as to how the side can do without a player of his talent.

“I don’t know the reasons for KP’s exclusion but the fact remains that he’s an amazing player,” Sangakkara told Monday’s edition of online magazine Wisden EXTRA.

“Of course, as an opposition player I’m not disappointed he’s not around.”Someone who knows all about performing at Lord’s is Jayawardene, both of whose two Test hundreds in England have come at the ‘home of cricket’.

Yet Sangakkara, who has a spectacular career Test average of over 58, averages a mere 30.6 in England.

The two batting mainstays are now captained by Angelo Mathews who, in refusing to allow the Butler appeal to be withdrawn, showed himself to be the latest in a long line of determined Sri Lanka skippers.

What the run-out row also did was obscure Sri Lanka’s anger that Paul Farbrace, until recently their head coach, jumped ship to join his native England where he is now working as Moores’ assistant.

“I understand the choice Farby made,” Sangakkara said ahead of the ODIs.

“Whether it was fair of the ECB to put him in that situation when he was still with us is a different question. It wasn’t pleasant.”