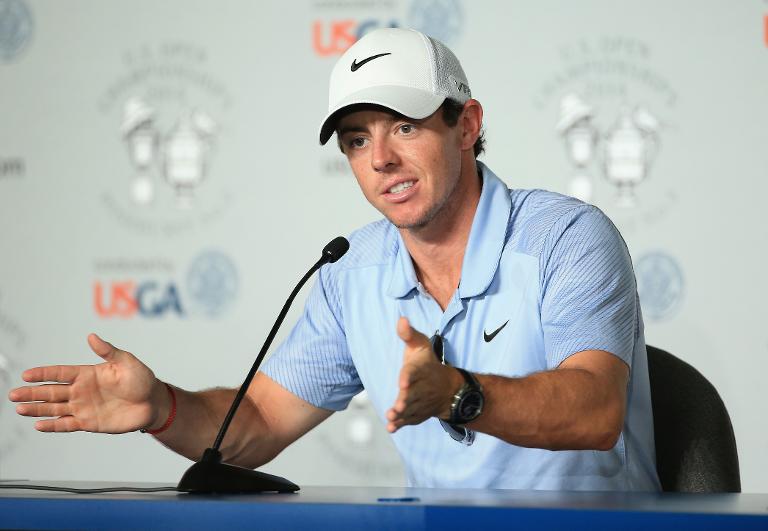 Confident Rory McIlroy, bolstered by advice from 18-time major winner Jack Nicklaus, enters the US Open saying he has a decent chance to win two major titles this year.

“I think it’s definitely a reasonable goal,” the 25-year-old from Northern Ireland said Wednesday on the eve of the 114th US Open at Pinehurst.

McIlroy, who missed the cut at the Masters, tees off Thursday morning alongside countryman Graeme McDowell and 2012 US Open winner Webb Simpson.

Irishman Padraig Harrington was the last man to take two majors in the same year when he won the 2008 British Open and PGA Championship back-to-back.

“It doesn’t happen that often, but I feel like my game is in a good enough place where I can definitely give myself a chance to do that,” McIlroy said.

“I’ve got three majors left this season and I do feel like my game is good enough to be able to contend in all of them. With the way I’ve been playing and how I feel my game is, I’m one of the favorites coming in here.”

To that end, McIlroy had a two-hour talk last week with Nicklaus, who offered some advice about life and some hints about golf that might help this week and beyond.

“I had a great conversation with Jack about everything, business, golf, brand, the whole lot. And I got a lot from that,” McIlroy said.

“I feel very honored that I’m able to call him up for advice if I need to. Some of the things he said to me, I’m really thinking about going, into this week. He was a great US Open player and hopefully some of those little nuggets of wisdom that he passed on to me might help this week.

“To have that at my disposal has to be an advantage in some way.”

Nicklaus inquired about McIlroy’s notorious Friday fades, when he falls apart in the second round of events such as at the Nicklaus-hosted Memorial earlier this month when McIlroy started with a 63 and followed with a 78.

“He said to me he was never afraid to change things up in the middle of a round if it wasn’t going well. If he felt like he wasn’t swinging well he would make a swing change right then and there.”

McIlroy isn’t sure what to change about Fridays.

“It’s strange. I think I’m first in scoring average on the PGA Tour on day one and I’m like 181st on the second day. It just happened to be Fridays,” he said.

“I don’t know if it’s because I’ve got off to such good starts where I may be thinking too much about my score and I might be trying to push too much and keep it going.”

Just after breaking off his engagement with tennis star Caroline Wozniacki, McIlroy won the European PGA Championship last month at Wentworth and has taken himself off social media “for the forseeable future” and thrown himself into golf to help put the breakup behind him.

“Don’t know if I’ve learned anything,” McIlroy said. “Golf has sort of been a nice release for me the past few weeks. I just want to try to keep focused on that.

“It’s hard. I just want to live my life like a normal 25-year-old. I know that that’s sometimes hard to do, because of the public spotlight that I’m under.”

McIlroy said he would like a dry week to show he can win in other than wet conditions as he did when he won the 2011 US Open and 2012 PGA Championship.

“I’ve felt like it has been close to the point where I can win major championships again,” McIlroy said.

“It’s getting to the point where I should be at least contending again. Getting myself in contention and feeling that buzz of having a chance, that’s really what I want to do.”