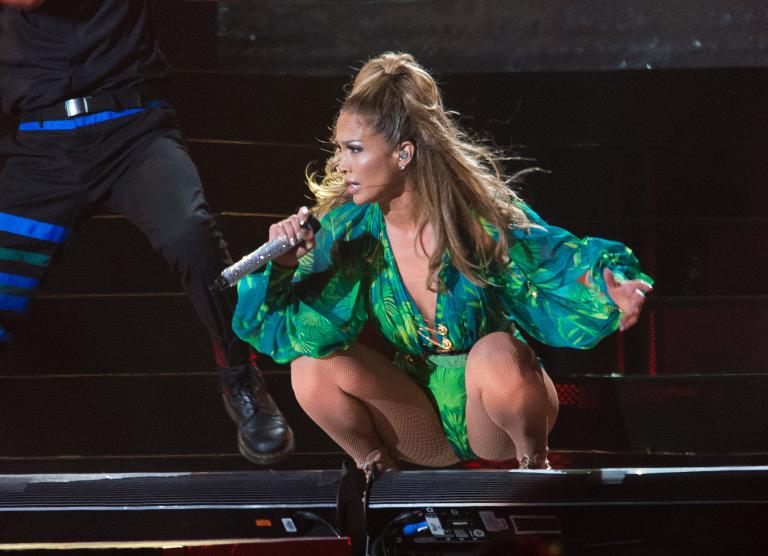 Pop superstar Jennifer Lopez, hundreds of dancers, drummers and gymnasts, and a paraplegic who will kick a football in a robotic suit will deliver a pre-match extravaganza Thursday to open the World Cup.

After the delays that have hampered Brazil’s preparations, organizers had one overriding message for fans ahead of the 3:15 pm (1815 GMT) opening ceremony: Don’t arrive late.

“Please, get there early,” pleaded Brazilian singer Claudia Leitte. She will perform the official World Cup song, “We Are One,” along with Lopez, rapper Pitbull and Brazilian drumming collective Olodum in the ceremony’s grand finale.

There were last-minute doubts over whether Lopez, who media reports say recently broke up with backup dancer and boyfriend Casper Smart, would attend.

FIFA said Sunday the singer had pulled out of the ceremony over “production issues.”

But with two days to go, the world football body said she would perform after all.

“We Are One” has been viewed more than 75 million times on YouTube, though some critics have panned it as a disappointing follow-up to World Cup classics like Ricky Martin’s “Cup of Life” in 1998 and Shakira’s “Waka Waka” in 2010.

More than 60,000 fans will be in Sao Paulo’s Corinthians Arena, including 12 heads of state and UN Secretary-General Ban Ki-moon, and around one billion people are expected to watch the opening ceremony and match on TV.

“The opening ceremony is a tribute to Brazil and its treasures: nature, people football,” Belgian artistic director Daphne Cornez said in a statement.

She said one of her goals was to showcase the diversity of the sprawling South American country of 200 million people.

But Cornez has kept most other details under wraps.

Performers have had to surrender their cell phones before rehearsals to prevent any surreptitious selfies.

In all, more than 1,200 people have worked on the ceremony.

Organizers said 20 hours of artistic work had gone into every minute of the performance.

The center of the show will be a giant LED ball made up of more than 90,000 light clusters.

But that will be one of the few large-scale technical wonders, since Cornez and team were under orders to avoid placing too much strain on the pitch where Brazil and Croatia will face off at 5:00 pm.

There will be no political speeches this year, not even from Brazil’s President Dilma Rousseff, though messages of peace from Pope Francis and other religious leaders will be read out as doves are released.

The most powerful moment may come when a paraplegic, whose identity has been kept secret, gives the first kick to Brazuca, the official World Cup ball, by donning an Iron Man-like robotic suit controlled by brain signals.

The cutting-edge exoskeleton was designed by Brazilian neuroscientist Miguel Nicolelis.

It will also be a special day for several youths from Itaquera, the lower-class neighborhood where the stadium was built in a process plagued by protests, delays, overspending and construction accidents that killed three workers.

“We reached a deal with FIFA for three young people from our neighborhood to participate in the ceremony,” said local priest Rosalvino Moran, who runs the charity that chose the youths.

“It was the least they could do. If they hadn’t agreed, the kids would have camped out in front of the stadium and protested the World Cup.”