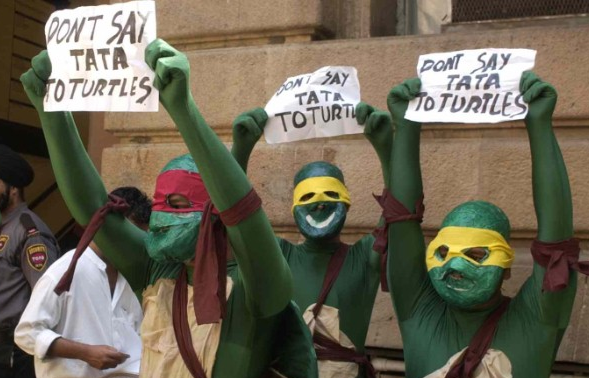 New Delhi: Greenpeace on Wednesday rubbished an Intelligence Bureau report which reportedly described the NGO as “a threat to national economic security” and alleged it was an attempt to silence its voice.

“It is an attempt to silence our voice. In the past, an attempt was made to silence us but we never bowed down. We will respond when the matter comes to us…,” said Abhishek Pratap, Senior Campaigner, Greenpeace India.

Asking the government to share the IB report with Greenpeace, he said “we believe that this report is designed to muzzle and silence the civil society who raise their voices against injustices to people and the environment by asking uncomfortable questions about the current model of growth”.

Pratap alleged the IB report has not been made in the last two weeks.

To a question that Greenpeace India is being seen as a supporter of the US against the backdrop of its backing to the agitation against Kudankulam nuclear power project being built by Russians, Pratap said there was no truth in the allegations.

“There is no iota of truth in that. We received two-thirds of our funding from India… Yes, there are individual supporters in America and Europe also… But these all are individuals,” he noted.

Speaking on the occasion, Bharti Sinha, Communication Director, Greenpeace India, said the IB should have engaged with the NGO to get clarifications on its functioning.

“As far as the IB is concerned, they are doing their job…If IB had engaged with us, they would have come to a different conclusion,” she said.