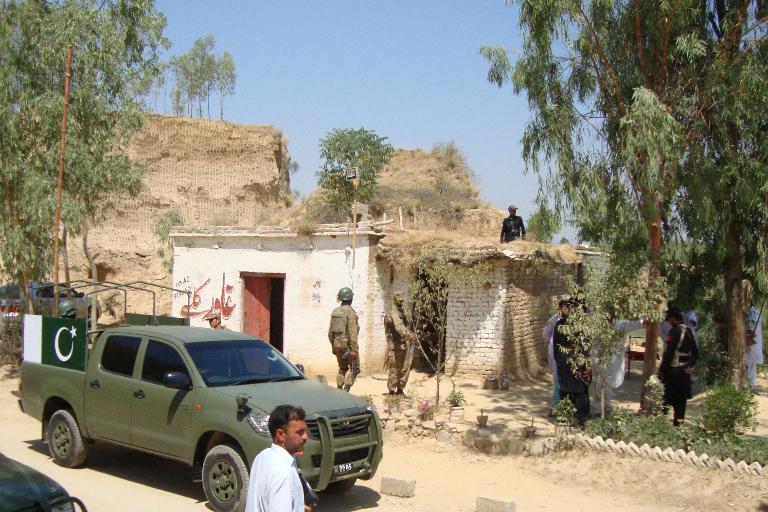 The first two US drone strikes in Pakistan this year killed at least 16 militants, as Washington resumed the controversial programme after a brazen Taliban attack on Karachi airport earlier this week.

The timing of the strikes is bound to raise suspicions of coordination between the two countries after drone attacks were reportedly suspended in December at Islamabad’s request to give Pakistan space to pursue a peace process.

Pressure has been mounting on the government to launch a ground offensive in the Taliban-infested North Waziristan tribal district after a dramatic week that began with the all-night siege Monday of Karachi’s Jinnah International Airport, in which 37 people, including the 10 attackers, were killed.

Those concerns were compounded by a follow-up attack Tuesday, also claimed by the Tehreek-e-Taliban Pakistan (TTP), in which gunmen fired upon an airport checkpoint but failed to inflict any casualties and later escaped.

The US drone strikes took place within hours of each other, one late Wednesday and the second at the same site early Thursday, as militants gathered to dig out the bodies and search for the injured.

The first struck a vehicle and a compound in the village of Dargah Mandi in North Waziristan, where almost 60,000 residents have fled since May fearing a long-rumoured offensive.

An intelligence official in Miranshah, the region’s main town some 10 kilometres (six miles) east of the village, said the missiles had struck a pick-up truck carrying about six militants and laden with explosives.

“Four of them were Uzbeks and two were Punjabi Taliban,” he said, referring to militants from Pakistan’s central Punjab province.

The official said the militants had parked their pick-up truck against the outer wall of the compound — both of which were destroyed and remained ablaze.

Another senior security official confirmed the strike and said authorities had intercepted a radio message talking about the drone attack.

“One of the militants was asking others to reach the site and search for any one injured in the strike and also to dig out the dead bodies,” he said.

“Three US drones fired six missiles on militants who had gathered to dig the debris of a compound,” a local security official told AFP, referring to the compound destroyed in the earlier drone strike, and adding: “Missiles also hit two vehicles at the site.”

Another security official confirmed the second strike, and said drones were still flying in the sky.

The strikes are officially denounced by Pakistani authorities as a violation of the country’s sovereignty, but leaked documents have shown intelligence coordination between the countries in the past.

More than 2,000 people have been killed in drone attacks since August 2008, according to an AFP tally, with critics charging that the strikes cause many civilian casualties.

The Islamic Movement of Uzbekistan had earlier said that Uzbek militants had been part of the Karachi airport siege. The claim was confirmed by a senior TTP official, who said it was a “joint operation.”

“They have been under the protection of the Pakistani Taliban for some time. The Uzbeks are dependent on them for shelter and survival and are used as their foot soldiers in operations,” he said.

Foreign militants, mostly Uzbeks and Chechens, are believed to have been involved in other major attacks in recent years, including on a Karachi naval base in 2011 and the military headquarters in 2009.

The TTP rose up against the state in 2007 following the siege of a radical mosque in Islamabad, in an insurgency that has claimed thousands of lives.

Talks between intermediaries of the government and the TTP began earlier this year and led to a ceasefire in March that broke down a month later.

Some analysts have said the period of the talks, during which it was relatively unmolested, allowed the militant group to re-gather its strength.

The United States had offered its assistance in investigating the airport siege, though it is not yet clear whether Pakistan accepted the offer.