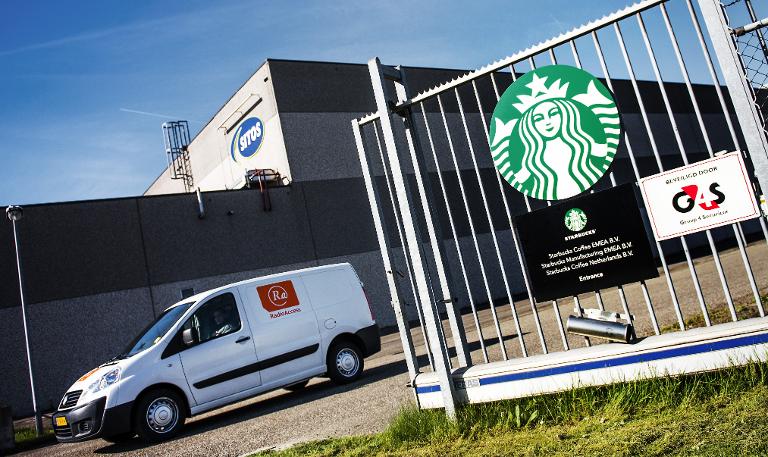 The investigation will attempt to determine whether such arrangements offered by Ireland, Netherlands and Luxembourg give the companies an unfair competitive advantage and thus amount to illegal state aid.

Apple and Starbucks — as well as a number of other multi-national companies including Amazon and Google — have come under intense pressure from politicians and campaigners over their tax dealings.

Critics and opponents say the deals allow the companies to move billions in earnings from higher-taxed countries to lower taxed ones, minimising their payments.

The probes are far-ranging, including a deeper look into so-called “tax rulings”, where a company negotiates a tax arrangement before choosing where to domicile their activities.

“We have reasons to believe that in these specific cases the national authorities have renounced to tax part of these profits,” Almunia said.

The investigation will also focus on the use of transfer pricing, an accounting technique where units of a multinational pay ‘royalties’ to another unit of their business.

The mechanism — made possible by carefully crafted tax laws in Ireland, Netherland and Luxembourg — allow operations in higher-taxed countries to post losses, meaning they do not have to pay any tax, while profits are moved elsewhere.

Almunia said the various arrangements under scrutiny could amount to illegal state aid that discriminated against other member states.

“Under the EU’s state aid rules, national authorities cannot take measures allowing certain companies to pay less tax than they should if the tax rules of the Member State were applied in a fair and non-discriminatory way,” Almunia said.

California iPad maker Apple has shifted billions in international earnings through Ireland using such loopholes but Dublin insisted it had not breached EU rules.

“Ireland is confident that there is no state aid rule breach in this case and we will defend all aspects vigorously,” a government spokesman said.

The probe is a sensitive one for Ireland, which has faced widespread criticism for providing loopholes and benefits to corporations, such as Apple and Amazon, looking to save on tax.

Ever since the 2008-9 financial crisis, multinationals have faced increased scrutiny on tax matters.

The OECD, working under the auspices of the G20, has embarked on a reform campaign to stop multinationals from exploiting loopholes and divergent tax regimes.

Starbucks, which is headquartered in tax-friendly Netherlands, said it would take a closer look at the EU probe although it is only an indirect target.

But in face of the public backlash over its tax practices, the coffee bar chain in April said it was re-locating its European headquarters from the Netherlands to Britain.

Last year, it agreed to pay Â£20 million in British corporation tax, adding it had “listened” to its customers.

“We comply with all relevant tax rules, laws, and OECD guidelines and we’re studying the Commissionâ€™s announcement related to the state aid investigation in the Netherlands,” a Starbucks spokesman said.

In a letter to parliament, the Netherlands government said it would “of course” cooperate with the EU probe.

“I am convinced that the investigation will conclude that this is not state aid and that agreements with Starbucks respect OECD rules on tax deductions,” said Eric Wiebes, State Secretary of Finance.

The European Union strictly has no jurisdiction over national tax policies, a cherished prerogative of member states, and must limit its investigation to rules governing free competition.