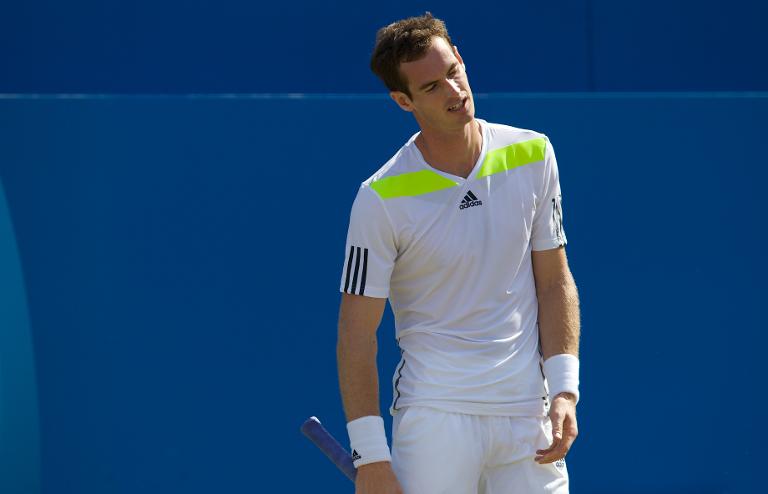 Murray’s tame third round exit at the hands of the unheralded world number 42 is a major blow to his grass-court preparations less than two weeks before the start of Wimbledon, where he will defend the title he won so memorably last year.

It was also the 27-year-old’s first loss since his surprise decision to hire Frenchwoman Amelie Mauresmo as his new coach last Sunday.

Since losing to Roger Federer in the 2012 Wimbledon final, Murray had been unstoppable on grass, but his 19-match winning run, which brought him Olympic gold, a first Wimbledon crown and a third Queen’s title, came to a shattering halt in the west London sunshine.

Murray conceded he had no excuses after failing to take any of the eight set points he earned in the first set.

“I have only got myself to blame that I lost the first set. I don’t know how many set points I had, but quite a lot of them were on my serve,” he said.

“On this surface especially you shouldn’t really be losing sets like that. That’s what’s disappointing about the match.

“Then unfortunately I got broke in the first game of the second set and I couldn’t quite get it back.”

Murray had revealed earlier on Thursday how his attempt to hire Mauresmo began with a nervous overnight wait to see if she would respond to his initial contact in a text message.

But on the evidence of this underwhelming display, their partnership, which has been the talk of the sport for the last week, might not last much longer than an initial trial period during the grass-court campaign.

In fairness to Mauresmo, Murray’s malaise has lasted since he beat Novak Djokovic to end Britain’s 77-year wait for a male winner of the Wimbledon singles title.

Since then, hampered by back surgery and his split with previous coach Ivan Lendl, Murray has failed to reach a single ATP Tour or Grand Slam final.

The British number one had hoped getting back on grass following his run to the French Open semi-finals would signal a further up-turn in his fortunes.

But this defeat suggests there is much to work on with Mauresmo if he is to repeat last year’s Wimbledon heroics.

“I played well on the grass over the last few years, so I would have hoped to have done a bit better,” Murray added.

“But like I said, it’s more about how I get myself ready for Wimbledon now and how I use the next 10 days of preparation on the grass. Hopefully I can do a good job of that.”

“I am sorry to beat Andy in front of his home crowd,” the 35-year-old said with a grin.

“I served well against one of the game’s best returners and that was the key. You have to come up with your best against someone like Murray.”

Former Wimbledon runner-up Tomas Berdych has never won the Queen’s title, but the big serving Czech has the perfect game for grass and he booked his quarter-final berth with a 7-6 (7/2), 6-4 victory over France’s Adrian Mannarino.