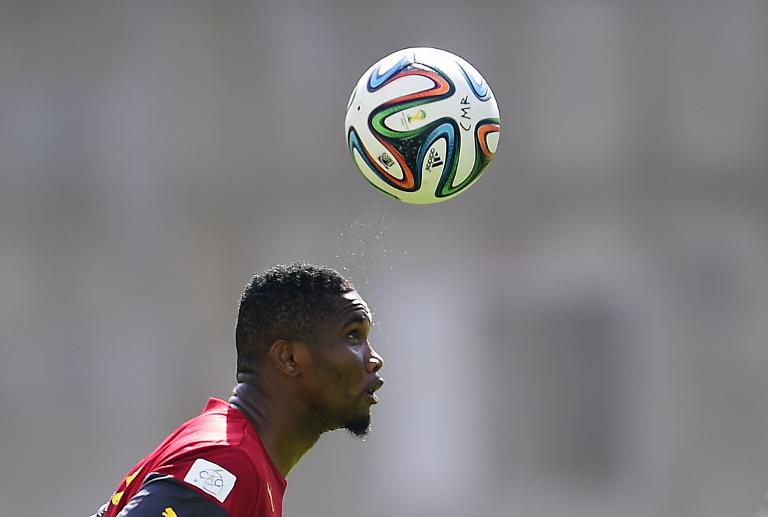 From Cameroon’s players refusing to board their plane for Brazil to Spain’s massive offer, World Cup bonuses have already caused a stir before a ball has been kicked in anger.

As ever it was an African country, this time Cameroon, who kicked up the first fuss over bonuses.

In 2006 it was Togo while last time out in South Africa it was again Cameroon whose players threatened to go on strike.

This time Samuel Eto’o and his teammates initially refused to board their plane for Brazil on Sunday unhappy at the amount offered them by the government.

An offer of 76,000 euros ($104,000) per man was rejected before the players eventually accepted that amount plus six percent of the revenue generated by their federation at the World Cup.

Even if they are eliminated in the group stages they stand to earn a minimum of $21,000 extra each.

Quibbling over such sums is a far cry from the extravagant offer dangled out in front of Spain’s reigning world and European champions.

They stand to earn a staggering 720,000 euros each should they lift the trophy for the second time in succession, but less impressive performances would result in drastically reduced earnings.

Their bonuses, like those for Germany, only kick in at the quarter-final stage, where Spanish players would receive 60,000 euros compared to 50,000 euros for the Germans.

Thereafter, however, the Spanish bonuses start to accelerate away, with Germany’s players ‘only’ set to earn 300,000 euros a man if they win.

Hosts Brazil are also in line for a bumper payday, with squad members reported to earn around 1 million reais ($448,000) if they go all the way.

Those may seem astronomical sums but they must be taken into consideration alongside the fact that FIFA will give $35 million to the winning federation, $25 million to the runners up with the two losing semi-finalists gaining $22m and $20m depending on whether they win or lose the third-placed play-off.

Spain’s massive bonuses should also be considered alongside the 600,000 euros they earned for winning Euro 2012 — the World Cup is a bigger, more prestigious competition that generates far more money.

While the likes of Germany and Spain set out what their players will earn depending on what stage of the competition they reach, for others, such as Cameroon, bonuses are tied to simply being a part of the squad that turns up.

This is significantly more than the US players have been offered, just $76,000 per man.

However, they could expect something more interesting in the event of an unlikely World Cup triumph given they had been offered almost $900,000 each to win the last edition in South Africa.

Bonuses in any case have plateaued slightly since accelerating in recent years.

Germany’s offer, their joint biggest ever, only matches what they were promised for winning the competition on home soil eight years ago.

That went down to 250,000 euros in South Africa but even so, these are figures that dwarf the amounts given to previous German World Cup winners.

In 1954 the German Football Federation (DFB) gave each player 1,250 euros plus a television set while 20 years later captain Franz Beckenbauer’s squad got 30,000 euros each and a car.

Not all countries have revealed their bonuses, such as South Korea and Russia who simply stated it will depend on results.

However, sometimes players stand to gain more than just money, as in the case of the German players in 1954 and 1974.

In 2002, South Korea’s squad who reached the semi-finals on home soil were exempted from military service.

While players usually fight for bigger bonuses, sometimes they do the opposite.

France’s entire 2010 World Cup squad agreed to give up the bonuses due to them, around 110,000 euros each, after the debacle of their group stage exit.

The monies were due to be split between each player’s formation club and a donation to amateur football.