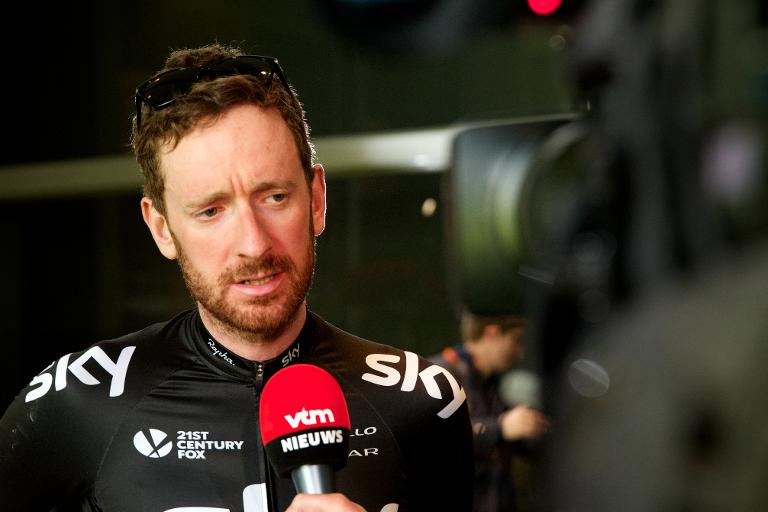 Bradley Wiggins has been selected to compete for England at the upcoming Commonwealth Games in Glasgow it was announced Wednesday, just days after he effectively ruled himself out of this year’s Tour de France.

Wiggins, who in 2012 became the first British winner of cycling’s most prestigious road race, appeared unhappy that the Sky team appeared to be concentrating all their efforts on last-year’s winner Chris Froome.

Although named in the road team for Glasgow, technical director Shane Sutton said Wednesday the 34-year-old could compete on the track as well, with Wiggins having stated his intention to return to the Olympic velodrome at the 2016 Games in Rio.

Wiggins triumphed on the road in the time-trial at London 2012, shortly after his Tour de France triumph.

And Sutton refused to rule Wiggins out of this year’s Tour, with Sky boss Dave Brailsford still to confirm his line-up.

“Brad’s still in contention for the Tour. Dave’s very supportive of Brad, he’s had a long relationship with him and would like to see him at the Tour,” said Sutton.

“But there’s a process they have to go through. I think they go down to 13 names in the next week or so and Brad’s on that list.

“He’s off to the Tour de Suisse as part of Tour de France preparation so, from my point of view, we can’t see Brad on the track at this moment in time, but if he misses out on the Tour then I’m quite sure that he’d soon transfer to the track.

“He’s done a bit of track work. Obviously he needs to keep touch on the track because he’s stated clearly his ambition is to link up with the boys and win a gold medal in Rio.

“What we tend to do here, everything’s evidence based, so we look at Brad at the track and we take the numbers. Brad’s there now, we know he can step up.”

Wiggins has won four Olympic gold medals both on the track and the road and so will be a strong addition to an English cycling team that includes fellow Olympic champions Laura Trott, Joanna Rowsell, Dani King, Ed Clancy, Steven Burke, Jason Kenny and Philip Hindes.

“This cycling team is undoubtedly the best we have ever seen selected for Team England,” said Chef de Mission Jan Paterson after the squad was announced Wednesday.

“To have eight Olympic champions line up alongside previous Commonwealth Games medallists and some supremely talented younger athletes is genuinely exciting for us.

“Whether it’s on the track, the road or at the mountain bike course, cycling fans are in for a treat when Team England are competing.”

Sutton added: “I believe we have selected a very strong team for this year’s Commonwealth Games, and it’s great that we have such a talented pool of English cyclists to select from.

“I speak on behalf of all the team when I say we can’t wait for the racing to begin in Glasgow.”

The Commonwealth Games’ opening ceremony takes place on July 23, with events commencing on the following day.