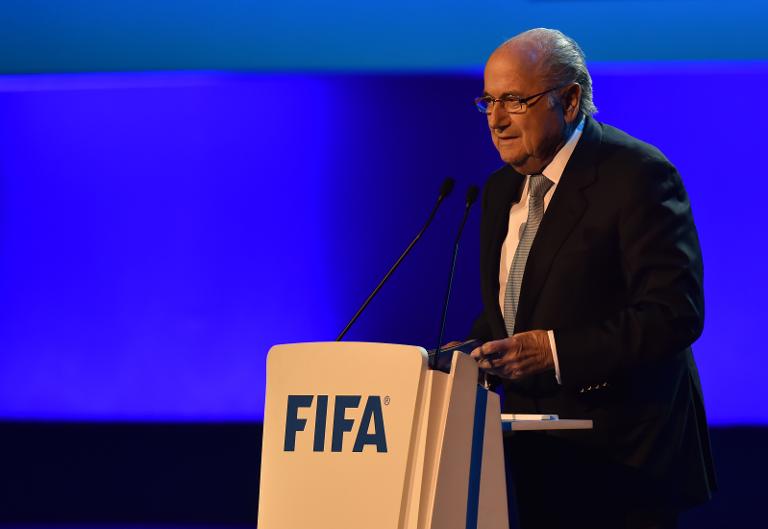 Two days before the grand kick-off in Sao Paulo, Blatter steered clear of controversy as he addressed representatives of all 209 member associations gathered at a large exhibition centre.

“Tonight we are in a festive mood because let’s say the discussions and all of what’s linked with FIFA and is so important nowadays, we will discuss it tomorrow,” he said.

“And if there are any problems perhaps we can sort them. But now we will just be here in Sao Paulo for the opening ceremony of our congress.”

The 78-year-old Swiss, who looks set to renege on promises not to seek a fourth term when his current stint expires next year, earlier faced strong dissent from some European delegates.

FIFA has been in the firing line after Britain’s Sunday Times reported allegations that millions of dollars in bribes were paid to help Qatar secure the 2022 World Cup.

“‘Mr Blatter, this is nothing personal but if you look at FIFA’s reputation over the last seven or eight years, it is being linked to all kinds of corruption and all kinds of old boys’ networks things’,” Dutch football boss Michael van Praag said he told Blatter at closed-doors talks in Sao Paulo.

“FIFA has an executive president and you are not making things easy for yourself and I do not think you are the man for the job any longer.”

England’s David Gill also called it “disappointing” that Blatter appeared set to stand again. “I think we need a full, frank and open debate about what FIFA needs going forward,” he told reporters.

Meanwhile the World Cup build-up has been hit by a subway strike in Sao Paulo and protests over the tournament’s multi-billion dollar price tag, while basic public services are lacking.

And concerns remain over Sao Paulo’s new Corinthians Arena, which will host Brazil v Croatia in the tournament’s opener on Thursday but has not been tested at full capacity.

But Blatter has been defiant, saying criticism of Qatar’s World Cup hosting was motivated by racism and taking aim at FIFA’s “destroyers”.

Blatter is expected to formally announce his candidacy during the congress, which gets down to business on Wednesday.