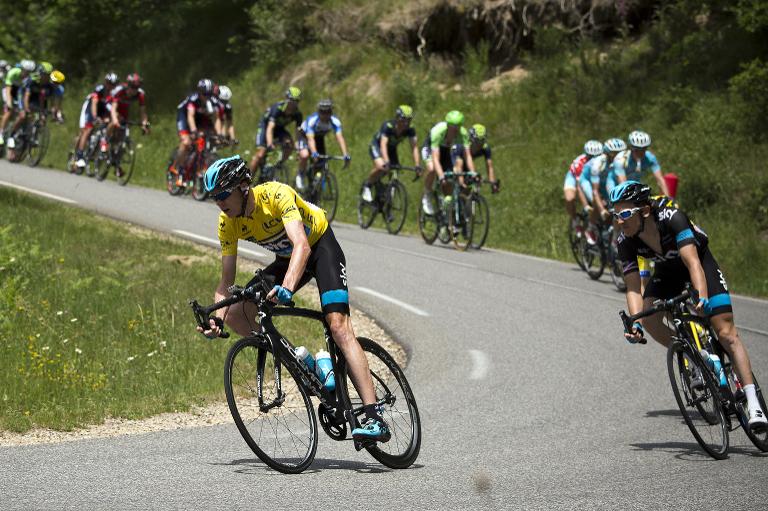 Russia’s Yury Trofimov made a solo break to win the fourth stage of the Criterium du Dauphine on Wednesday as Britain’s Chris Froome held the leader’s yellow jersey.

The Katusha team rider launched his attack 18km from the line on the Col de Manse, pulling ahead of a breakaway group formed on the 21km mark.

“I can’t believe it,” said Trofimov. “I know this climb since the last Tour de France, I was already in the break-away group.

“I started off gently, to save my legs, and then I literally went for it. Now I want to win a stage on the Tour de France.”

Swede Gustav Larsson crossed in second ahead of Dutch rider Pim Ligthart after the 167.5km run from Montelimar to Gap.

For 30-year-old Trofimov it was a second stage win in the Dauphine six years after that on Morzine.

Defending champion Froome held the lead for the fourth day.

“The breakaway wasn’t really dangerous. We mainly wanted to control it and didn’t take any risk in the final descent,” he explained.

“The team did great work, I had three riders with me until the line.”

Froome welcomed the news that Colombian team-mate Sergio Henao, sidelined by Team Sky after questions over his blood values, has been cleared to return to competition in the Tour of Switzerland starting on Saturday.

The 26-year-old climber was born at altitude in Rionegro and still lives and trains in the region.

And ten weeks of tests carried out by experts gave him the all clear.

“The Tour of Switzerland will be a very good test of his form,” said the Tour de France champion Froome.

“He’s only been training until now. But I know that he is very motivated.”

Thursday’s fifth stage covers 189.5km from Sisteron to La Mure, and includes six climbs, the final one near Laffrey, 20km from the line.