Home Face Off Ronaldo: Kicking his way to fame 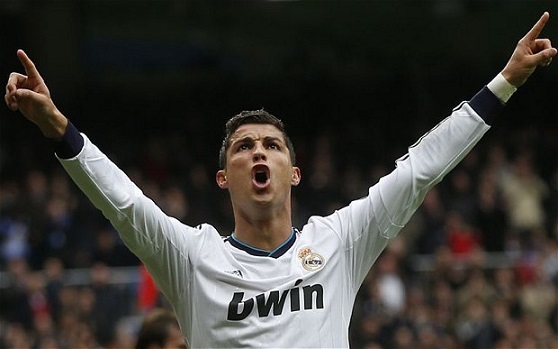 Cristiano Ronaldo is regarded by many as the best football player in the world, and was named the greatest goal scorer to play in the UEFA Champions League 2014 UEFA poll. He was also Footballer of the year in 2007 and 2008.

Ronaldo is the highest-paid footballer earning â‚¬21Â million per year. He also became the most expensive footballer in history when he moved from Manchester United to Real Madrid in 2009 in a transfer worth â‚¬94Â million.

At the age of eight, Ronaldo played for amateur team Andorinha, where his father was the kit man. In 1995, Ronaldo signed with local club Nacional, and, after a title-winning campaign, he went on a three-day trial with Sporting CP, who subsequently signed him for an undisclosed sum.

Ronaldo caught the attention of then Manchester United manager Alex Ferguson, who signed him for Â£12.2Â million (â‚¬15Â million) in 2003. In 2004, Ronaldo won his first club honour, the FA Cup.

He took over captaincy in July 2008 and captained them to the Euro 2012 semi-finals finishing the competition as joint-top scorer.

-Ronaldo was named after former US President, Ronald Reagan, who was greatly admired by Ronaldo’s father. His full name is Cristiano Ronaldo dos Santos Aveiro.

-Ronaldo’s father, Jose Dinis Aveiro, passed away at the age of 52 due to alcoholism. As a result, Ronaldo does not drink alcohol.

-His average freekick speed is around 130kmph.

-As a teenager, he would be in the gym using weights on either foot, and then dribbling with the ball. Ronaldo thought training with weights would improve his game technique because without weights, he would be even faster.

-His mother, Dolores Aveiro nicknamed him a ‘cry-baby’.

-Cristiano Ronaldo was expelled from school after throwing a chair at his teacher who made fun of his Madeiran accent, and mocked his family’s financial status.

-He was the inaugural winner of the FIFA PuskÃ¡s Award for Goal of the Year in 2009.