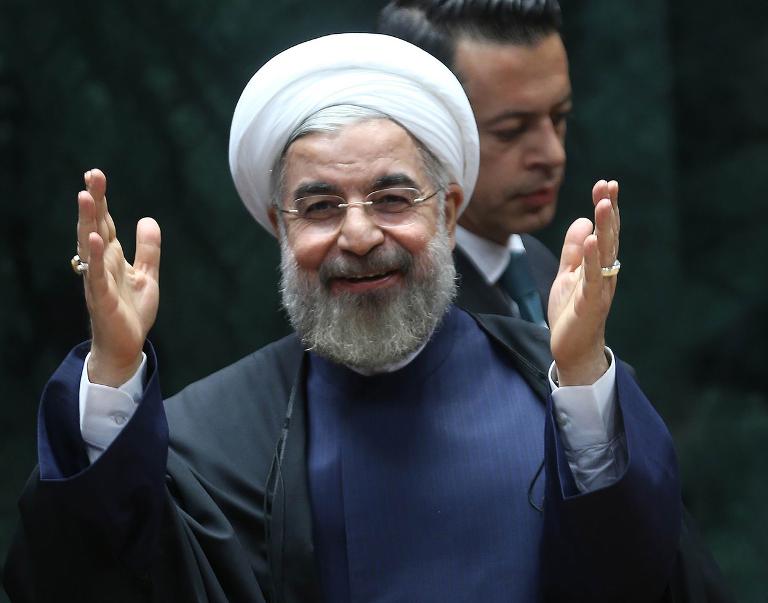 Iranian President Hassan Rouhani said Tuesday his country would “do its best” to secure a nuclear deal as crunch talks between Tehran and Washington on the long-running dispute dragged out.

Senior negotiators from both camps met behind closed doors for a second day of talks at Geneva’s upscale Hotel President Wilson, which was sealed off to the media.

Iran’s chief negotiator, Abbas Araqchi, was quoted by the ISNA news agency saying after Tuesday’s session that the talks were “fruitful” but that “divergences remain and the consultations are going to continue”.

He described the discussions as “intense and difficult, but they are taking place in a positive atmosphere”.

The talks is part of a fresh diplomatic drive in the face of a looming July 20 deadline for a final deal between Iran and the P5+1 group of world powers.

“Iran will do its best for a final deal with the P5+1,” said Rouhani, a former nuclear negotiator, speaking in Turkey.

The self-declared moderate was elected president last year, succeeding hardliner Mahmoud Ahmadinejad, and has launched a drive to lift the West’s sanctions on his country.

“Iran is ready to sit at the negotiating table for a solution” to both the nuclear dispute and “unfair sanctions,” he said.

The US-Iran meeting began Monday with a five-hour session. It was the first time since the 1979 Islamic Revolution that American and Iranian negotiators have held such direct, official nuclear talks.

The two sides have met informally, notably in a secret session last year in Oman which helped coax Tehran back to the negotiating table.

They have also sat down together within the P5+1 process.

They secured an interim deal with Iran in November after marathon talks in Geneva.

The deadline for a final accord was July 20, but several players including Iran have already said a six-month extension may be needed.

Washington and the other P5+1 states are seeking solid commitments that will ensure Iran’s stated desire for a peaceful atomic energy programme is not a covert attempt to build a nuclear bomb.

For Iran, the goal is to make a leap towards ending the international sanctions, notably those imposed by the United States, that have battered its economy.

On Wednesday, Iranian negotiators are set to meet in Geneva with their French counterparts, before heading to Rome for talks with Russian officials, then hold a session in Tehran with Germany on Sunday.

The goal of the bilateral talks is to prepare a June 16-20 meeting between Iran and the P5+1 in Vienna, where they aim to set down details of the final deal.

The last round in Vienna in May yielded little.

The stakes are high, amid warnings by US hawks against being hoodwinked by Rouhani’s new approach.

That message was echoed by Yuval Steinitz, the minister of strategic affairs in Israel, Iran’s archfoe and the sole if undeclared nuclear-armed state in the Middle East.

“Any international agreement that leaves Iran on the threshold of nuclear capability is worse than no agreement at all,” he said Monday at the annual Herzliya Conference on Israeli security policy.

Brigadier General Itai Brun, who heads the Israeli military’s research division, said Iran now appeared to be talking “in earnest” about a final deal thanks to international pressure, adding that he expected an accord this year.

Iran’s negotiators, meanwhile, must answer to domestic hardliners who say the country’s red lines are unbreakable.

Former nuclear negotiator turned speaker of parliament, the tough-talking Ali Larijani, said Tuesday it was crucial to protect “the rights of Iranians” as well as the “scientific achievements of the peaceful activities” of the Islamic republic’s researchers.