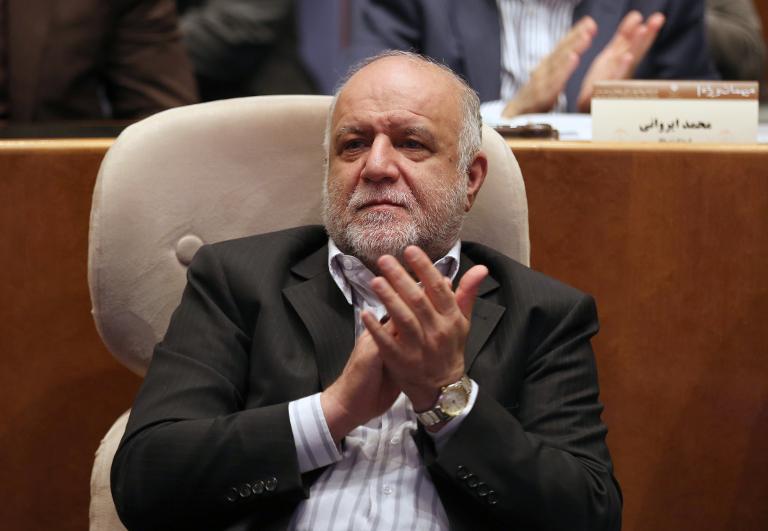 “After lifting the sanctions, (in) less than three months we can produce four” million barrels of oil per day, Zanganeh told reporters upon his arrival in Vienna on the eve of an OPEC output meeting.

That compares with Iran’s current production of approximately 2.7 million bpd, according to OPEC data which cites secondary sources.

His comments came after Iranian President Hassan Rouhani said earlier Tuesday that his nation would “do its best” to secure a nuclear deal in crunch talks between Tehran and Washington on the long-running nuclear row.

Zanganeh cautioned on Tuesday that it was not possible to state when the negotiations would conclude.

“This is a political discussion. No one cannot say when, this day or tomorrow, it will be finalised,” he told reporters in Vienna.

“If we receive the good intentions from the other side of the negotiations, we can reach an accord.”

The talks are part of a fresh diplomatic drive in the face of a looming July 20 deadline for a final deal between Iran and the P5+1 group of world powers.

The US-Iran meeting began Monday with a five-hour session.

Washington and the other P5+1 states are seeking solid commitments that will ensure Iran’s stated desire for a peaceful atomic energy programme is not a covert attempt to build a nuclear bomb.

Since an interim agreement with the P5+1 group came into effect in January, Iran has been allowed to maintain its oil exports at around 1.2 million bpd.

The figure remains under par for Iran, which has the world’s second biggest gas deposits and fourth largest oil reserves — 2.5 million bpd of crude was being sent abroad in late 2011.