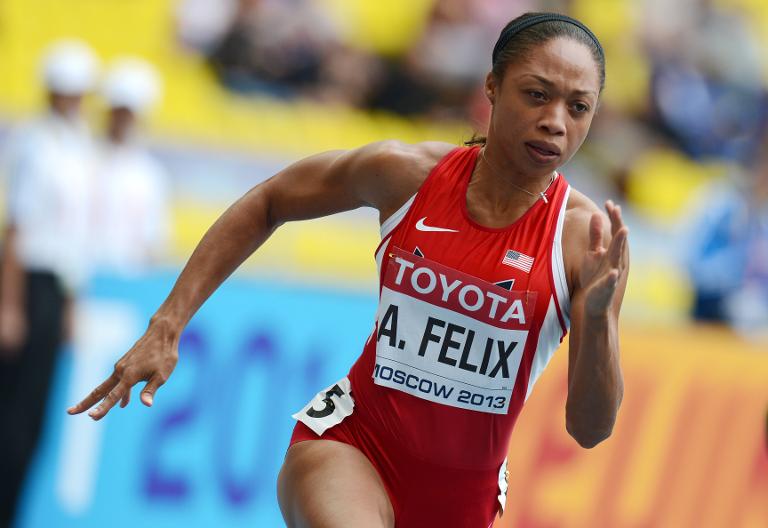 Allyson Felix will seek out a further step back towards recovery after an injury-plagued 2013 when she races her preferred 200m at Wednesday’s Diamond League in Oslo.

A four-time Olympic gold winner, Felix has been one of the dominant figures over the distance, winning three consecutive world titles, the first coming in Helsinki in 2005.

Last season, however, was one to forget, the American winning only two Diamond races before crashing out of the Moscow world championships 200m with a hamstring injury.

It was a far cry from 2012, when she claimed Olympic gold in not only the 200m, but also the 4×100 and 4x400m relays, guaranteeing her place as one of the most decorated athletes in the sportâ€™s history.

On paper, at least, Felix, who finished fifth in the 400m at Shanghai last month, is well ahead of her rivals on Wednesday. The only sprinter to have gone sub-22sec, her season’s best of 22.44sec is also fastest, followed by Ivorian Murielle Ahoure’s 22.61.

The US-educated Ahoure claimed double sprint silver in the Moscow worlds and will likely be Felix’s main contender in the push for the line.

In the men’s 100m, veteran Kim Collins of the St Kitts and Nevis will be up against a welter of younger competitors, notably rising French star Jimmy Vicaut and Britain’s surprise world indoor 60m champion Richard Kilty.

While Kilty has yet to put together a truly convincing 100m performance, Vicaut, Ghana-born Norwegian Jaysuma Saidy Ndure and Trinidad and Tobago’s 2008 Olympic silver medallist Richard Thompson have all clocked 9.95sec this season.

A time under 10sec will be the target despite the absence of some of track’s bigger sprint names such as Jamaican pair Usain Bolt and Yohan Blake, and American Justin Gatlin.

Souleiman was a winner at the Bislett Games last year, and this season was a conqueror of a class field in Eugene in a personal best of 3:47.22 over four laps.

American Galen Rupp, training partner of Briton Mo Farah under Alberto Salazar, is in the pack along with the expected host of Ethiopian and Kenyan runners, notably Imane Merga, Yenew Alamirew, Edwin Soi and Thomas Longosiwa.

There will be enormous local focus on Norwayâ€™s reigning European 1500m champion Henrik Ingebrigtsen, the 23-year-old having made both the Olympic and world championships 1500m finals.

A second American and also under Salazar’s tutelage, Matt Centrowitz, a silver and bronze medallist at world championships, is making his Bislett debut and arrives in top form having achieved a personal best this season at 5000m and at the mile in Eugene.