Home Sports Erratic All Blacks get shot at redemption 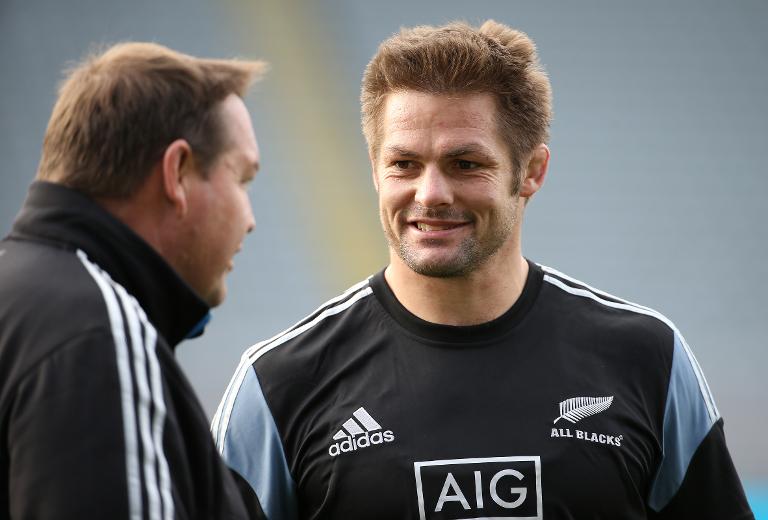 All Blacks coach Steve Hansen has backed his erratic first Test line-up to “improve massively” in the second Test against England on Saturday, making only one injury-enforced change.

He also made clear their first Test showing, in which they scraped home 20-15 against an essentially England “B” side in Auckland last weekend, was unacceptable by All Blacks standards.

The one replacement, coming with the loss of Israel Dagg to a thigh strain, sees Ben Smith move to fullback, allowing for the return of a fit again Julian Savea on the left wing with Cory Jane moving to his preferred right wing.

The block-busting Savea, who has scored 19 tries in 20 Tests, should deliver power to the All Blacks out wide where they were unable to breach the England defence last weekend.

Smith’s only previous start at fullback was in his first Test against Italy in 2009 although he is the regular No 15 for his Otago Highlanders Super 15 side.

The All Blacks this week have focused on getting the basics right with Hansen backing his game plan and pointing to problems with attitude and intensity for the below-par execution in Auckland.

“We have a strong belief in what we are trying to do,” he said.

“Our mindset this week has been all about improvement, taking ownership and responsibility for our individual roles with the aim of delivering a team performance we can all be proud of.”

Across the board the pressure was on the All Blacks to eliminate the handling errors, missed tackles and creaking scrum that marred their first Test effort where England finished ahead in most statistics but not on the scoresheet.

“With England sure to make improvements in their game, we will have to improve massively ourselves,” Hansen said.

“We have worked hard on our skill sets, attitude and the detail in our game, which wasn’t up to All Blacks standard last week.”

Jerome Kaino, one of the few All Blacks to perform with distinction last week, starts again in the back row for what will be his 50th Test, with Hansen deciding not to risk starting world player of the year Kieran Read.

Read has been sidelined from Super 15 rugby for most of the past two months by the effects of concussion and although he trained freely this week it was felt he needed more conditioning before starting a Test.

England, who must win on Saturday in Dunedin if they are to keep the three-Test series alive, have been reinforced by the availability of several senior players who missed the first Test and will name their squad later Thursday.