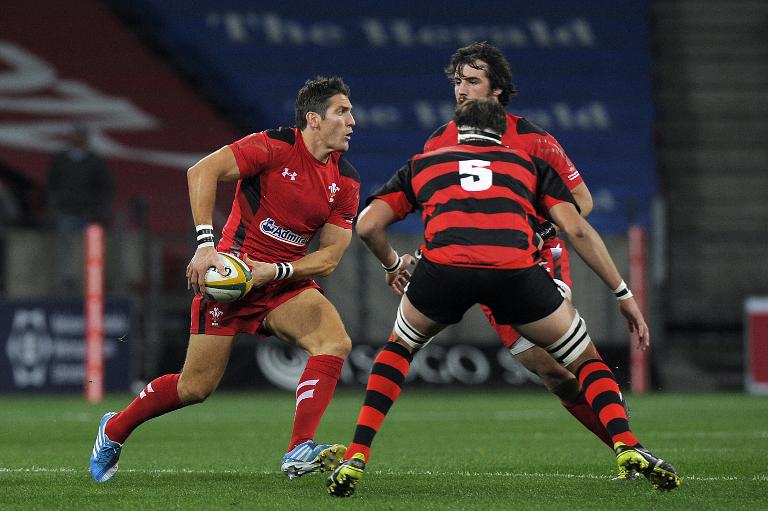 Wales ran out easy 34-12 winners over South Africa’s Eastern Province Kings on Tuesday, in a warm-up match ahead of the first Test against the Springboks on Saturday.

Davies scored one try and had another disallowed through no fault of his own.

“Some of the younger boys really stepped up and played well,” said Welsh captain Dan Lydiate.

It took Wales just 10 minutes to open their account, using an early line-out as the platform for a rolling maul that allowed the Scarlets’ Josh Turnbull to touch down.

James Hook, who has been in and out of the side as fly-half, centre and full back, kicked the conversion.

Five minutes later Welsh centre Corey Allen made it two after he collected an offload from his number eight Rhodri Jones and punched through from a few metres out as the EP Kings defence looked on.

The Currie Cup side threatened the Welsh line and wining a series of penalties that lead to Jones being shown a yellow card for not retreating.

But they were unable to capitalise and it ended 17-0 at half-time.

Hook opened the scoring in the second half when he chased and collected a lob over the back of a ragged-looking Kings defence.

A further try from Alex Cuthbert put the game beyond doubt.

Kings, who are coached by former All Black Carlos Spencer, struggled for much of the match.

But expansive passing along the backline allowed winger Siviwe Soyizwapi to run over in the corner to secure the Kings’ first try.

Another followed with a few minutes left, but it was little more than a consolation.

Wales face the Springboks in Durban on Saturday in the first of a two-Test series.