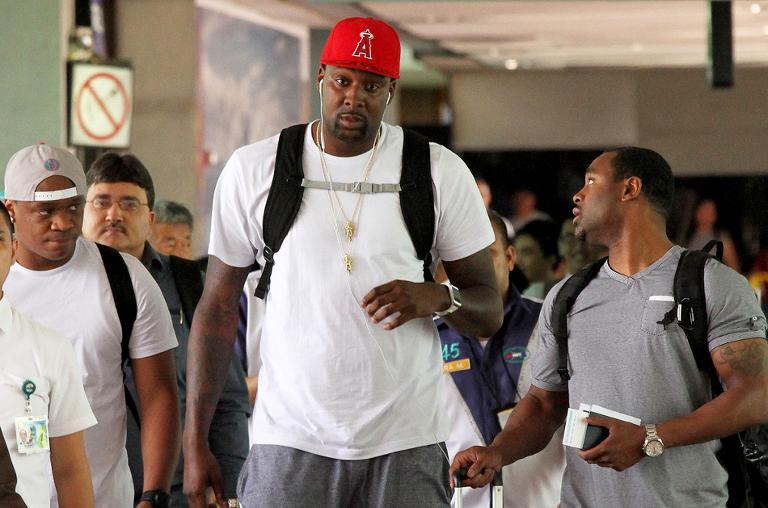 American NBA star Andray Blatche became a Filipino on Wednesday after President Benigno Aquino rushed through a special citizenship law to ensure the powerful centre could play for the Philippines at this year’s World Cup.

The 6-foot, 11-inch (2.11-metre) Brooklyn Nets centre had to be naturalised before the June 30 FIBA deadline to submit the final list of players for the World Cup in Spain.

The undersized Philippines will be one of the biggest underdogs at the World Cup, and politicians had been desperate to lure Blatche in an effort to ensure the team was at least competitive in Spain.

In contrast to the many bills that can languish in Congress for years amid lengthy debates, legislators swiftly passed the Blatche naturalisation law. However it still required Aquino’s final approval.

Blatche — who averaged 11.2 points and 5.3 rebounds a game this season for the Brooklyn Nets — declared himself a proud Filipino on Monday as he visited Manila and enthused about his “once in a lifetime” chance to play in the World Cup.

“I am Filipino now, so I will do my best to help my team,” he said.

National coach Chot Reyes said the reinforcement would be much-welcomed, but admitted the Philippines’ chances of winning the World Cup were “slim to none”.

The Philippines will face Argentina, Greece, Croatia, Senegal and Puerto Rico in Group B of the World Cup, which starts in August.