Home News Flash Advani gets his room back 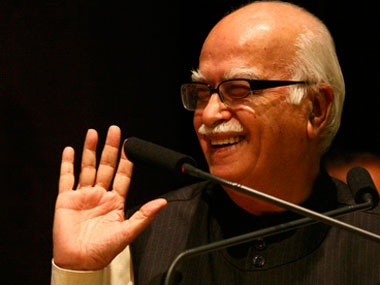 New Delhi:Â Â BJP veteran L K Advani will sit in his old room in Parliament House with the Government on Tuesday restoring it to him, days after indications of the party patriarch’s possible dislocation from there.

The nameplate of the 86-year-old leader was restored outside room number 4 in Parliament House, albeit without his earlier designation of Working Chairman of the National Democratic Alliance.

The development came after Parliamentary Affairs Minister M Venkaiah Naidu intervened in the matter and ensured there was enough room for the party leader, who appeared visibly upset last week following the removal of his nameplate.

Advani had, in an apparent display of his displeasure, occupied the eighth row in the Lok Sabha during the oath-taking ceremony of MPs last week and chose to take rest in BJP Parliamentary Party office which is generally used by ordinary party workers even though he continues to be the chairman of BJP Parliamentary Party.

Naidu along with his deputy Santosh Gangwar came up to the room in the morning and gave directions to the staff that Advani will continue to occupy the same room as he did earlier.