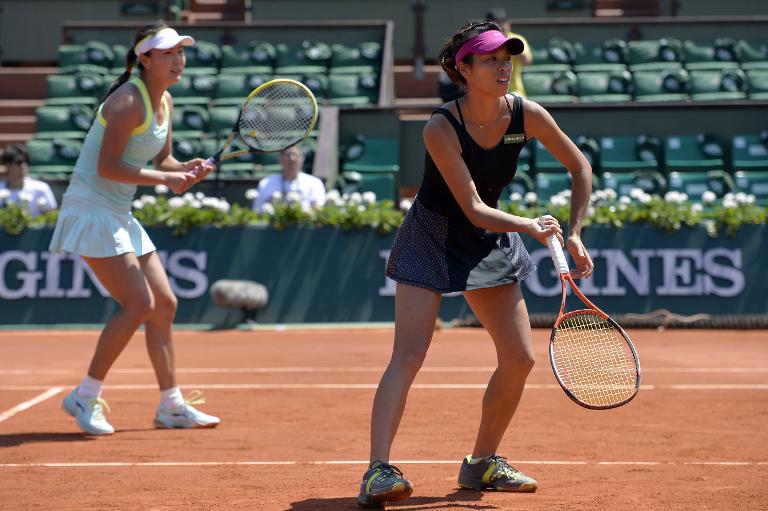 Taiwanese tennis ace Hsieh Su-Wei was hailed as a national inspiration on Monday after securing her second Grand Slam title with victory in the women’s doubles at the French Open.

It was Taiwan’s first French Open title, with the island’s president and numerous government ministers lining up to offer congratulations and heap praise on the 28-year-old Hsieh.

“We were very impressed when she clinched the Wimbledon title last year. Now this fresh championship further inspires and encourages us all,” President Ma Ying-jeou was quoted by his spokeswoman as saying.

Reports of the triumph adorned the front pages of Taiwan’s four major Chinese-language newspapers, accompanied by photographs of the top-ranked duo kissing the trophy.

The Apple Daily carried a full-page report while the story led the news bulletins of local television networks and social media users took to Twitter-like PTT to laud the win.

“We’re very happy we did very well this time, especially under the pressure (that) we’d keep the seat of world number one,” Hsieh said in Paris after the match.

Hsieh’s father Hsieh Zi-lung told Taiwan television that he “could not sleep the whole night” because of the excitement of watching his daughter secure a second major doubles title.

Hsieh became Taiwan’s first tennis world number one when she joined Peng at the top of the rankings last month.