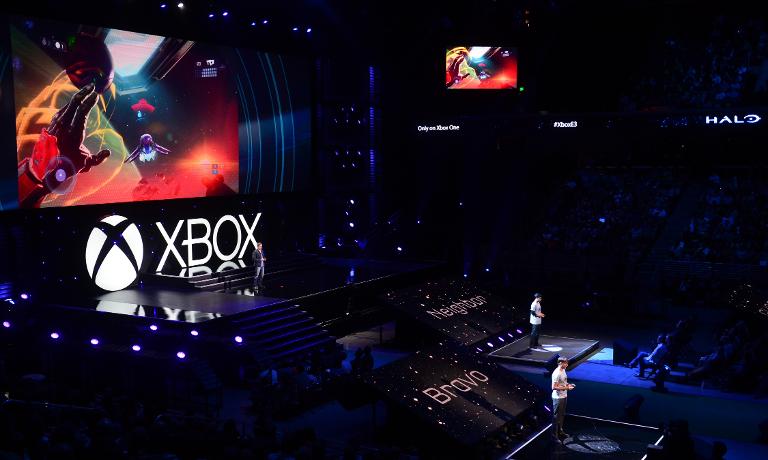 Microsoft and Sony grappled on Monday for the hearts of hard core gamers whose devotion could determine whether Xbox One or PlayStation 4 rule console play and Internet Age entertainment.

Microsoft opened fire with “Halo” and a barrage of other titles for play on its new-generation Xbox One consoles.

Sony shot back in a return salvo lead by keenly anticipated “Destiny,” the first new franchise from Bungie Studios revered in the gaming community for creating Halo.

“Our vision is grounded in an uncompromising commitment to gamers,” said PlayStation group chief Andrew House.

“Destiny will help us define this next generation of gaming.

PS4 owners will be able to play an online test version of Destiny starting Thursday and through the coming weekend.

Sony is even launching a white PS4 in September as part of a Destiny game bundle when the game is released.

Powerhouse titles heading for consoles, but sometimes will special content tailored for one or the other, include exciting sequels to franchises including Batman Arkham, Uncharted, Assassin’s Creed, and Far Cry.

“We are committed to delivering amazing experiences that will help define this generation of games and delight the millions of passionate Xbox fans around the world,” said Phil Spencer, head of the Xbox division.

“Our goal is to make Xbox One the best place to play games this generation.”

Microsoft brought the focus back to games in a shift from stressing how Xbox is evolving into a multipurpose entertainment center for films, television, music, and more.

Sony goes into the video game industry’s biggest annual trade show with an edge, its PS4 having trumped Xbox One in sales since the competing consoles hit the market in November.

Microsoft played to its strength with a “Halo Master Chief” collection for Xbox One that will let people play installments from the game dating back to previous generations of Xbox.

Typically older games aren’t compatible with new-generation consoles, but the collection brings the array of “Halo” titles to Xbox One as a draw for new players as well as fans interested in replaying the past.

“It is also setting the groundwork for the future.”

The Master Chief collection will contain a live action series based on the franchise and produced in collaboration with filmmaker Ridley Scott.

The “Halo Nightfall” series is coming to the Xbox Live service for online game play and digital content, according to Microsoft.

While many blockbuster titles from third-party studios or publishers have versions tailored for both platforms, Microsoft and Sony are keen to convince gamers that their console is the better place to have fun or find entertainment.

Sony and Microsoft have also been courting independent game makers to add quirky or innovative new titles uniquely to their respective consoles.

Spencer touted that downloadable content for a keenly-anticipated “Call of Duty: Advanced Warfare” game, complete with a character played by a virtual version of actor Kevin Spacey, will arrive first on Xbox One.

“Advanced Warfare” is slated for a November release.

The title by Insomniac Games is due out on Xbox One in October.

Microsoft and Sony each touted projects to let people create and play their own games on consoles.

“PlayStation is the best place to play today, and in the future,” Sony’s House said.

The rival console titans and game studios will be showing off coming titles at E3 through Thursday.