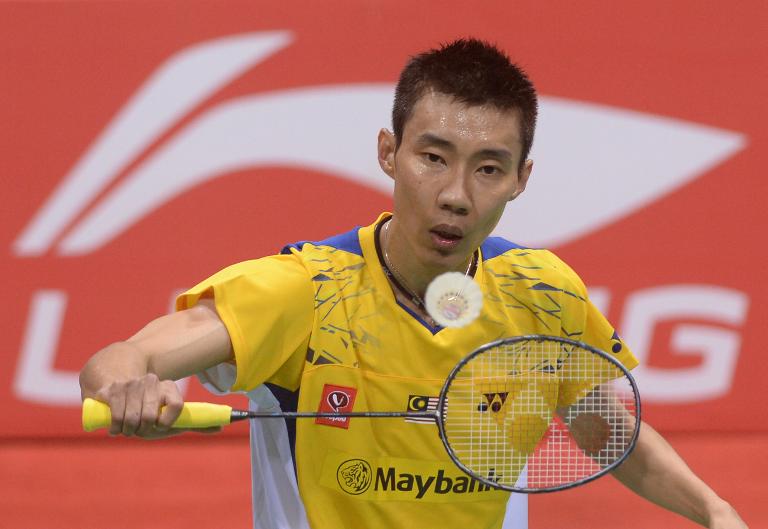 World number one Lee Chong Wei said Tuesday he was determined to spoil the comeback of Olympic champion Lin Dan at badminton’s Japan Open in Tokyo this week.

The 31-year-old Malaysian also brushed aside speculation about his retirement, vowing to continue competing for what he called “my last Olympics” in Rio de Janeiro in 2016 after finishing runner-up to his Chinese arch-rival at the last two Games in Beijing and London.

China’s Lin, 30, has returned to competition this year after a seven-month sabbatical to win the Asian championship and the China Masters in April.

The Japan Open will be his first event in the top-flight World Superseries since March 2012 and may provide a mouth-watering final between Lee and Lin.

“I really want to say ‘Welcome back’ to Lin Dan,” said Lee, who lost to Lin in the final of the world championships last August, their last encounter. Lee was stretchered off with cramp and dehydration when he was trailing the Chinese champion 21-16, 13-21, 17-20.

“It is difficult to know what kind of condition he is in,” he added through an interpreter.

“If I meet him (Lin) in the final, I will play my best because this is one of the most important tournaments,” said the Malaysian, who won a record fourth Japan Open title last year.

Asked about a previous hint at hanging up his racket after the Incheon Asian Games in September and October, Lee said that far from retirement, he was looking ahead to 2016.

“Of course, I consider the Asian Games as my biggest target for this year. As soon as the Games is over, the campaign for the Rio Olympics will begin. I want to join it in order to enjoy my last Olympics,” he said.

Lee has already won three Superseries events this year — the Malaysia Open, the All-England championships and the India Open — and is due to start his Japan Open defence with his first-round match against Taiwan’s Kuei Chun-Shih on Wednesday.

Lin, arguably the greatest player of all time with five world, two Olympic and five All-England titles under his belt, had to compete through the qualifying round on Tuesday because of his low world ranking.

Lin, nicknamed “Super Dan”, has compatriot and second-seeded Chen Long in his half of the tournament.

Hosts Japan may have been especially motivated after winning their first-ever Thomas Cup men’s team championship last month by beating Malaysia 3-2 in the final.

In the women’s contest, Olympic champion and world number-one Li Xuerui of China and compatriot Wang Yihan are top-seeded after contributing to China’s Uber Cup victory over Japan.