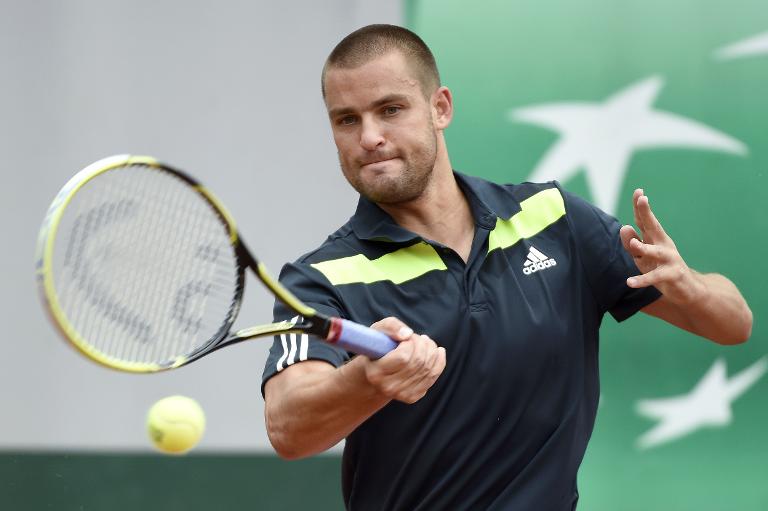 The giant Croat, ranked 33rd in the world, sent down 22 aces in the short space of time in a 73-minute first round match with the Russian powerless to do anything about it.

There was an early exit also for another top grasscourt player in the form of Frenchman Richard Gasquet who fell 6-4, 6-4 to Robin Haase of the Netherlands.

A former semi-finalist at Wimbledon, Gasquet has been suffering with a bad back in recent weeks and he re-injured his right shoulder in training for Halle.

“I am feeling the pain all the time and I can’t get that out of my head,” he said, adding that he woud travel to Eastbourne on Friday to play in the tournament there in the week preceding Wimbledon.

Top seed and newly-crowned French Open champion Rafael Nadal will play his second round tie on Wednesday as will second seed Roger Federer.

Both had first round byes.

Late in the day, French showman Gael Monfils won his way through to the second round with a 7-1, 7-5 win over Germany’s Benjamin Becker.

Playing for the first time since losing 6-0 in the fifth set to Andy Murray in the French Open quarter-finals, Monfils will next play Japanese world number 12 Kei Nishikori, a first round loser in Paris.

Monfils did not sound too confident he would go far in the tournament.

“I don’t like grass because I am always fearful that I might get injured,” he said. “Already I have some pain in my knee.”