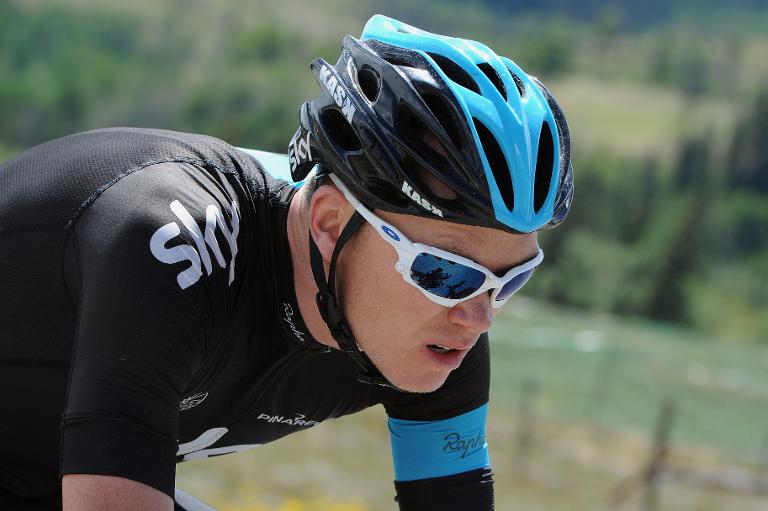 Race leader Chris Froome defended his use of an inhaler as Germany’s Nikias Arndt won a sprint finish to claim the third stage of the Criterium du Dauphine on Tuesday.

Team Sky rider Froome held his race lead and hit back at criticism of his use of an inhaler which he had been filmed puffing on on his way to winning Monday’s second stage.

“I have had an inhaler since childhood, I have exercise induced asthma,” said the Tour de France winner. “It is ok. I didn’t need a TUE (therapeutic use exemption).

“I donâ€™t use (the inhaler) every time I race, normally only when I have a big effort coming up.

“Given sports history, people are obviously looking for a reason. There’s no reason to make a big deal out. It’s completely allowed by the UCI.

“It’s a bit of a surprise everyone is talking about it.”

Racing in searing heat, a group fall after 65km resulted in the withdrawal of France’s Jerome Coppel and Italian Giacomo Nizzolo.

Arndt, a young rider more used to working for the team’s lead riders John Degenkolb and Marcel Kittle in the sprint, and only turned professional last year, seized his chance in the final straight.

“I still can’t believe it,” said Arndt. “We don’t have a real leader on the Dauphine but the team showed that we can achieve things if we work together.

“I was between eighth and tenth place on the final bend. I launched the sprint and continued the effort while I felt good. That’s the way I won.

“It’s the biggest victory of my career.”

The yellow jersey candidates stayed within the peloton during this transitional stage, before a return to the mountains on Wednesday.

“I like the heat, I feel better when it’s very hot, but you have to remember to stay hydrated,” said Froome, who crossed in the bunched sprint in 30th position just behind his rival Alberto Contador.

The reigning Dauphine champion remains 12 seconds ahead of Contador in the overall standings.

The fourth stage covers 167.5km between Montelimar and Gap, with a finish on the summit of Col de Manse.