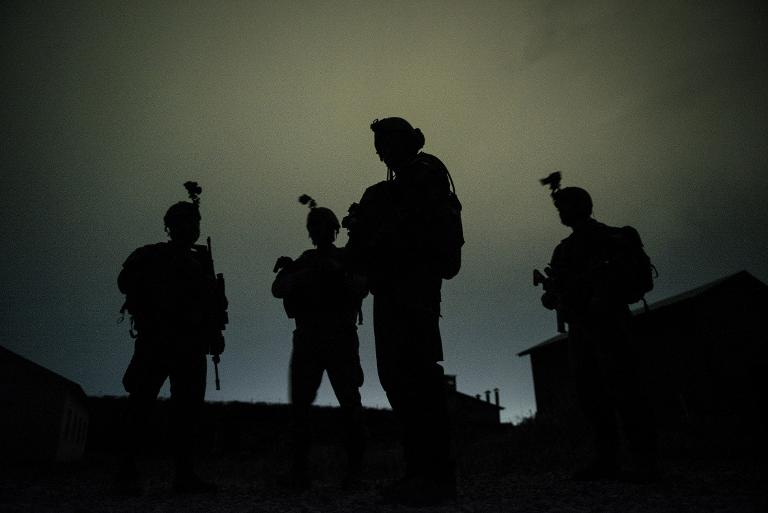 A NATO air strike in Afghanistan killed five US soldiers in an apparent “friendly fire” accident during clashes with insurgents, officials said Tuesday, as troops try to ensure security for the presidential election.

Local police and the Afghan army said that the US troops, as well as one Afghan soldier, were killed in the restive province of Zabul when air support was unleashed to try to beat back Taliban fighters.

Friendly fire incidents have been rare in Afghanistan in recent years, though five Afghan soldiers were killed in a NATO air strike in the eastern province of Logar in March.

“Investigators are looking into the likelihood that friendly fire was the cause.”

Afghanistan is braced for Saturday’s run-off presidential election — which the Taliban have vowed to target — and Monday night’s joint US-Afghan operation was tasked with boosting security ahead of polling day.

“Our forces were jointly engaged in fighting with militants. Foreign forces called in air support and they mistakenly bombed friendly positions,” said Mohsin Khan, spokesman for the Afghan army’s 205 division.

“We also lost one solider and one was wounded.”

The US-led International Security Assistance Force (ISAF) is winding down operations in Afghanistan after more than a decade of fighting the Taliban, and the number of soldiers on the front line has fallen rapidly in the last year.

Monday’s deaths in Arghandab district, a Taliban stronghold, were the worst single incident for the NATO force since five British soldiers were killed in a helicopter crash on April 26.

“The casualties occurred during a security operation when their unit came into contact with enemy forces,” ISAF said in a statement.

“Tragically, there is the possibility that fratricide may have been involved.”

All of the 50,000 remaining NATO combat troops are due to leave the country by the end of this year, though a small US deployment will remain until the end of 2016 if a long-delayed deal is signed between Washington and Kabul.

The south and east of Afghanistan are the most violent parts of the country as the Taliban wage a guerrilla war against the Kabul government and NATO troops.

Afghan security forces have taken over responsibility for thwarting the Taliban, but NATO troops still accompany them on some patrols.

The second-round election will determine the successor to President Hamid Karzai, who has ruled since the Taliban regime was toppled in 2001.

Former foreign minister Abdullah Abdullah fell short of the 50 percent threshold needed for an outright victory in April’s first round and will face former World Bank economist Ashraf Ghani in the poll.

Late last month President Barack Obama outlined the US strategy to end America’s longest war, saying that the 32,000-strong US deployment in Afghanistan would be scaled back to around 9,800 by the start of 2015.