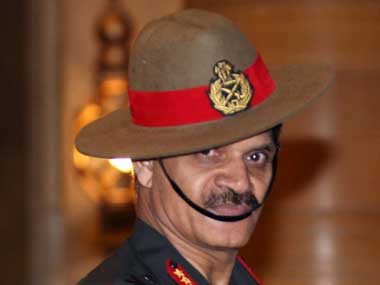 New Delhi:Â The Narendra Modi government is standing by the appointment of Lt-Gen Dalbir Singh Suhag as the next Army Chief and has criticised its own minister General V K Singh in the process.

The government filed an affidavit in response to a plea challenging Suhag’s appointment. The petitioner had challenged Suhag’s appointment, saying there had been a disciplinary and vigilance ban on him by former Army Chief and now minister General V K Singh.

In its response, the government has said the ban against Suhag was without any basis. Suhag was placed under a disciplinary and vigilance ban by V K Singh for allegedly failing to command and control an intelligence operation in Dimapur.